This past weekend, IndyCar driver Juan Pablo Montoya and his wife hosted a special charity kart race near Bogota, Colombia known as the “Carrera de Estrellas” – or, Race of the Stars.

The name is a proper one, considering the star power that took part in this year’s event.

Also joining in were Memo Rojas from the TUDOR United SportsCar Championship and Yonny Hernandez from MotoGP.

Munoz, IndyCar’s rookie of the year, won over Andretti and Montoya in Race 1, while Indy Lights champ Chaves bested Munoz and Huertas in Race 2. Pagenaud finished fourth in both races.

Proceeds from the event will go to the Montoyas’ “Formula Smiles” foundation, which uses sports to help Colombian youth and reduce poverty and violence in the South American country.

“It was an amazing day,” Munoz told IndyCar.com. “We had fun. There were fights on the track and that was good for the show. Thank you very much to all who were there and hope you had a great time. I also want to thank Juan Pablo Montoya and Connie Montoya for the invitation and congratulate them for this great event.”

Look who's is behind me already using his bumper!@MarcoAndretti pic.twitter.com/M7X7DsExLV 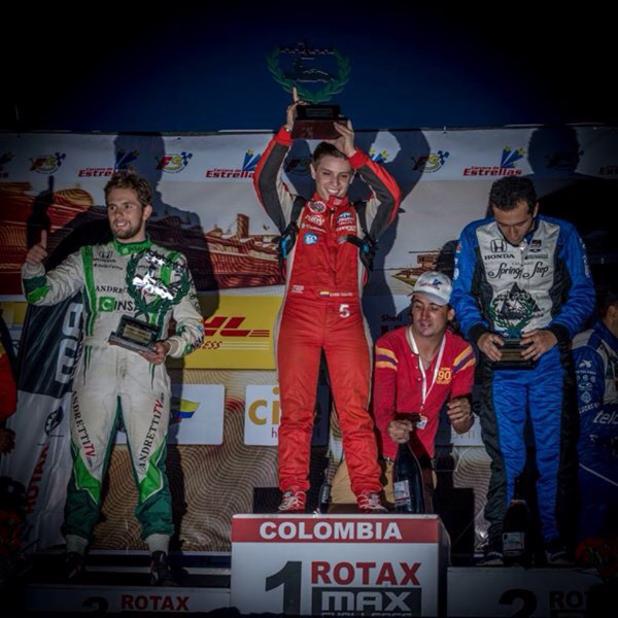 During the @CraDEstrellas in Columbia. Had a great time thanks to @jpmontoya and @conniemontoya for a great event pic.twitter.com/XfUjW2W8RR