The run of accolades continues for 2014 Indianapolis 500 champion Ryan Hunter-Reay, as he and team owner Michael Andretti received their Baby Borg-Warner trophies at a ceremony at the Detroit Auto Show.

For Hunter-Reay, this follows on from when his face was revealed on the actual Borg-Warner Trophy at the Indianapolis Motor Speedway museum in December.

They’re two different, distinct ceremonies – each with a different cache – and were equally special to Hunter-Reay.

“They’re two completely separate events really,” Hunter-Reay told MotorSportsTalk in a phone interview. “Seeing my face on the Borg, for years I’ve gone to IMS museum, and seen the faces in awe. It was a pretty emotional moment.

“But now being able to bring home a piece of the 500 win for sure, two very distinctly separate moments. This one, I’m certainly enjoying.”

Added team owner Andretti, “It’s great. This one was really special in a lot of different ways, because one, Ryan has become so close to the family. Two, I was calling his race. Three, it was the first one for Andretti Autosport. To win it the way we did, those last six laps some of the most exciting laps ever run.”

This is Andretti’s third Baby Borg – but the previous two came under the Andretti Green Racing umbrella with Dan Wheldon (2005) and Dario Franchitti (2007). This marks the first since the Andretti Autosport name came into being.

“Both were special with Dan having had our first one, and Dario was a part of the team for a long time. Looking at it here, we both have them on the table, mine (trophy) is bigger than Ryan’s,” Andretti joked.

A size question – whether Hunter-Reay thought the trophy would be bigger or smaller than he anticipated – drew some laughs and a polite “It’s the perfect size, because I get to take it home.”

“I really appreciate Borg-Warner doing this,” Hunter-Reay said. “They’ve supported the sport for so long and led on the legacy. To have my face on the trophy, they give you the same face on the Baby Borg. It’s going front and center in my office at home.”

Photos from the event (Photos by LAT/Borg-Warner) are below. 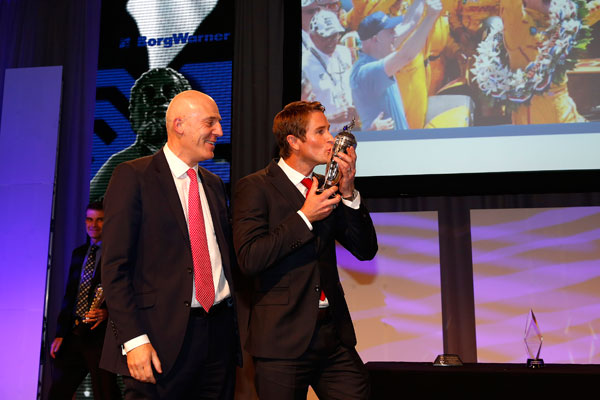 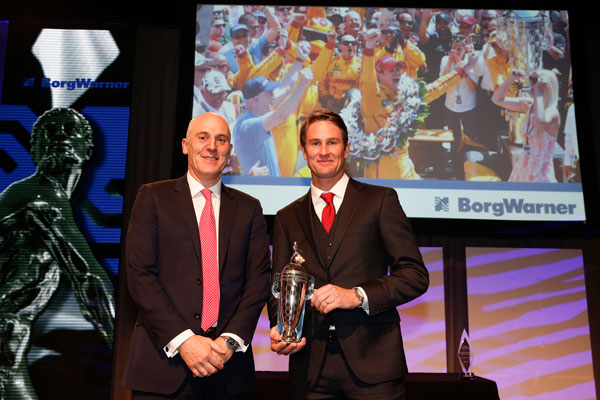 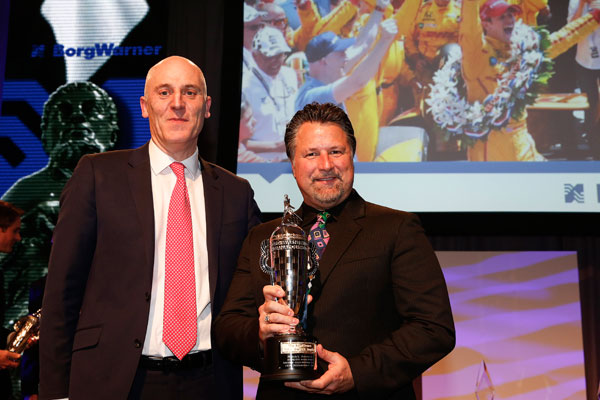