ST. PETERSBURG – The defending Verizon IndyCar Series champion, Will Power, threw down on his final flying lap of Firestone Grand Prix of St. Petersburg practice to top the timesheets.

Power, in the No. 1 Verizon Team Penske Chevrolet, set a 1:01.4709 to usurp his teammate Juan Pablo Montoya, who had led the session up to that point.

Power and Montoya were two of five drivers to eclipse last year’s pole time of 1:01.8668, set by Takuma Sato.

Jack Hawksworth was the fastest Honda driver behind the five Chevrolet drivers, at 1:01.8713.

The 24 drivers were fairly well-behaved in their new aero kits. There were two red flags, with no major incidents. Stefano Coletti had an off at Turn 10 and there was debris exiting Turn 14. Power and Francesco Dracone also had offs, but neither sustained any damage.

Times are below, with the second session scheduled for 4:15 p.m. ET – although rain is in the forecast. 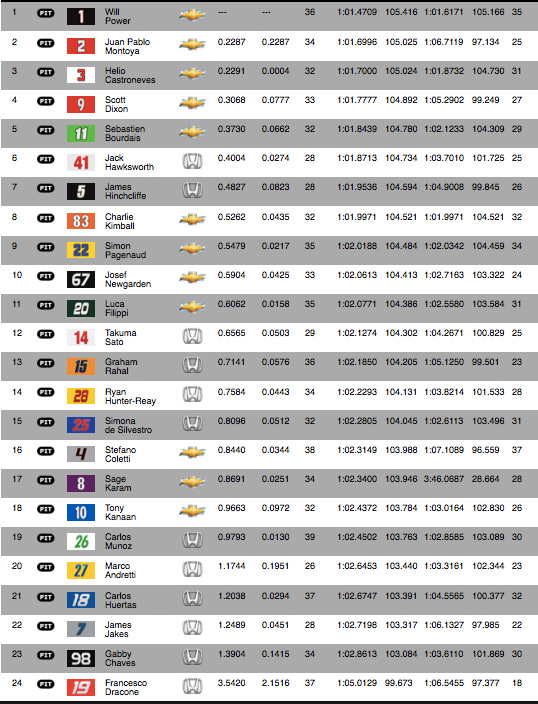