ST. PETERSBURG – Graham Rahal has broken the Team Penske stranglehold on the top of the leaderboard for at least one session in the Verizon IndyCar Series’ season-opening weekend, the Firestone Grand Prix of St. Petersburg.

Newgarden and de Silvestro had the first coming together of the season, with Newgarden requiring a new front wing assembly and de Silvestro needed a new rear wing. Both returned and set their fastest times later in the session.

Here are the warmup times. The grid is linked here. 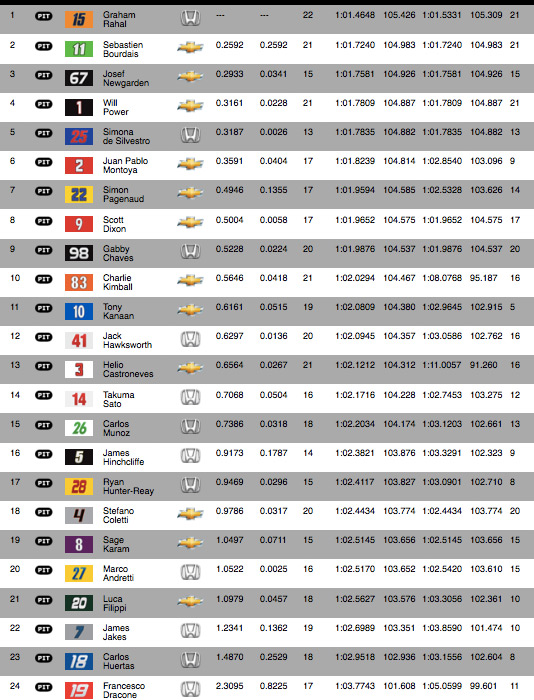