Coca-Cola signage is present on the Target car this weekend, and it’s also made the rounds to the NBCSN broadcast booth of Leigh Diffey, Townsend Bell and Steve Matchett this weekend. Pit reporter Kevin Lee also posted a pic of the specialized Coca-Cola bottle.

.@CGRTeams knows how to get some pub for Coke on @scottdixon9 car. Fastest in 1st practice @BarberMotorPark. pic.twitter.com/2gJpZrdimW

Past Barber winner Will Power was second at 1:07.9929 in the No. 1 Verizon Team Penske Chevrolet, and was the only other driver in the 1:07 bracket in the first session. Barber debutante Luca Filippi, in the No. 20 Fuzzy’s Vodka Chevrolet, was third.

Of note, Sage Karam was 20th in his first session back in the No. 8 Comfort Revolution/Big Machine Chevrolet after missing Long Beach. The latest driver of the No. 18 Dale Coyne Racing Honda, series debutante Rodolfo Gonzalez, ended a second clear of teammate Francesco Dracone.

Times from FP1 are below. 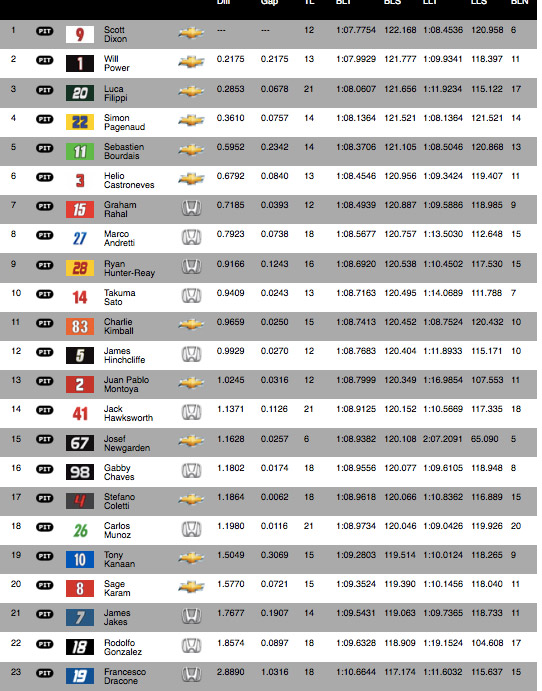