Power’s best lap of 1:07.2913 in the No. 1 Verizon Team Penske Chevrolet was half a second quicker than Scott Dixon’s best time in the morning one-hour session. The Barber Motorsports Park track conditions remained cool and overcast, albeit with a good crowd already.

Your fastest driver of Practice 2 at the #HIGPA, @12WillPower. pic.twitter.com/8GXO1aRu4u

The top six drivers were Chevrolets. Beyond the Penske pair, Dixon was third with Simon Pagenaud fourth and Sebastien Bourdais fifth.

Two red flags flew for lazy spins by Rodolfo Gonzalez and Luca Filippi, with neither a major incident. 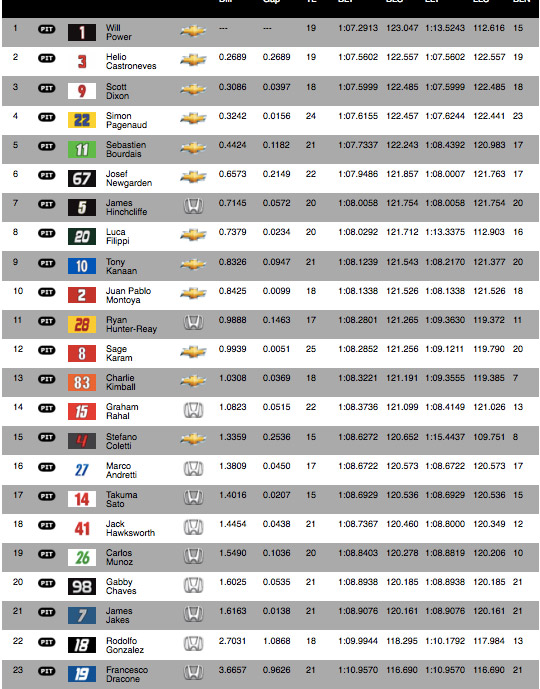