All of the top five were Chevrolet drivers; Simon Pagenaud, the 2014 race winner, was second ahead of Scott Dixon, Sebastien Bourdais and Juan Pablo Montoya.

After one of the Dale Coyne Racing Hondas had engine issues on Friday (Carlos Huertas), the other one (Francesco Dracone) had one today. Dracone’s car was stopped on the exit of oval Turn 2 with oil dry being laid down by the Holmatro Safety Team on course.

Race coverage starts at 3:30 p.m. ET with the green flag about 20 minutes thereafter. 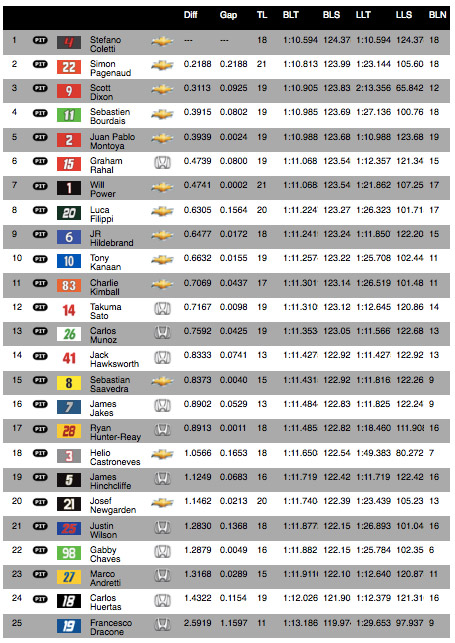