For a second consecutive day, a scary incident has emerged during practice for the Indianapolis 500.

Helio Castroneves’ car got loose through Turn 1 and after twitching sideways and backing into the wall, went airborne from the rear of the car first before doing a somersault into the air.

After flying over, Castroneves’ car came to a rest right-side up on the entrance to Turn 2.

He got out of the car and per official reports from INDYCAR, is OK. The official medical update is that Dr. Geoffrey Billows, medical director for the Indianapolis Motor Speedway has checked, released and cleared the driver of the No. 3.

Here are video links of the accident: 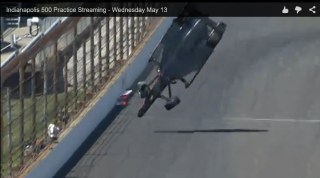 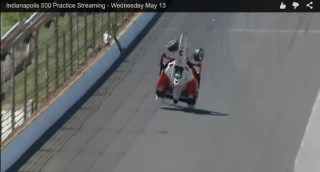 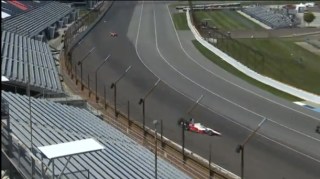 Not the view you ever want as a race car driver. Glad @h3lio is ok. #indycar #indy500 pic.twitter.com/3OkJoGxh5u