After a lot of waiting around and speculation, the Verizon IndyCar Series conducted a hastily planned practice session prior to its adjusted qualifying for the Indianapolis 500.

Will Power, who was in the first of two group sessions, led with a top speed of 227.377 mph during his 19 laps around the Indianapolis Motor Speedway.

All teams were required to qualify using the car setups they plan on racing in the “500,” instead of a qualifying set up. The decision was made after lengthy discussions between teams and IndyCar after Ed Carpenter’s Sunday morning practice crash in Turn 2. It was the third incident this week that saw a Chevrolet car flip after hitting the wall.

The Top 10 was split evenly with five Chevrolet and Honda teams.

Carpenter, a two-time defending Indy 500 pole winner, had his crew quickly get his backup car ready and finished the practice session as the 32nd fastest car at 223.981 mph.

Qualifying for the Indianapolis 500, which will include a Fast Nine segment, will begin at 3:15 p.m. ET on ESPN News. 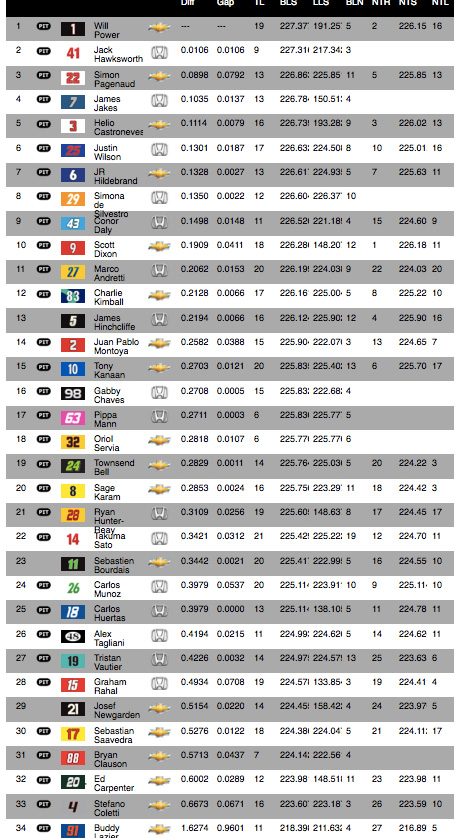