Monday’s first practice session for the Indianapolis 500 has been ended early following James Hinchcliffe’s accident in Turn 3, the Verizon IndyCar Series has confirmed.

Simon Pagenaud was fastest on the day with Justin Wilson, Will Power, Alex Tagliani and Oriol Servia completing the top five.

The session was meant to be the last full session prior to Carb Day’s single one-hour session on Friday. However the accident and subsequent repairs required in Turn 3 has brought the session to conclusion 90 minutes earlier than anticipated.

It is possible there could be further running later today. 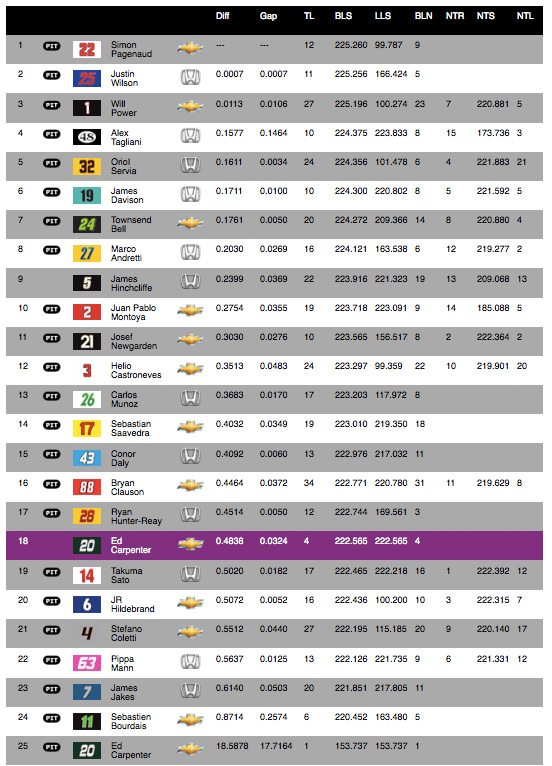