The Verizon IndyCar Series had a second practice later Monday afternoon for the Indianapolis 500, after halting the first practice earlier in the day following James Hinchcliffe’s accident.

In the second session of the day, drivers and teams focused on race runs, and it was a very busy track with most of the field out in groups, all running nose-to-tail and making a series of passes.

Mercifully this session ran without incident.  Speeds from this morning’s first session, led by Simon Pagenaud, are linked here.

It was also confirmed that Hinchcliffe’s earlier accident was caused by a broken right front suspension, per a Honda spokesperson to the AP.

This marks the last on-track activity for the Verizon IndyCar Series until Friday’s Carb Day practice, a one-hour session.

Speeds from this session are below: 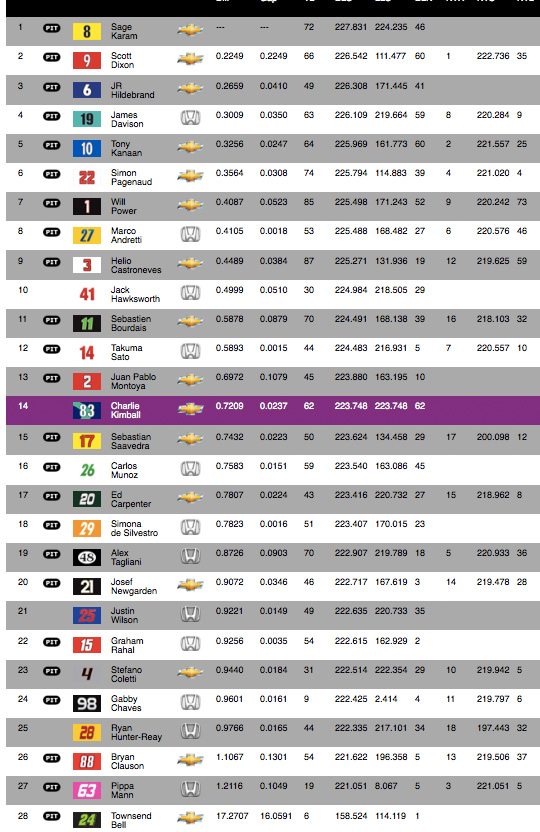