Nearly doubling his payday from his first Indianapolis 500 triumph 15 years ago, Juan Pablo Montoya earned almost $2.5 million for his victory in Sunday’s 99th edition of the Greatest Spectacle in Racing.

The full box score with winnings for each of the 33 finishers (for desktop viewing, click on the image and use the magnifying icon to zoom): 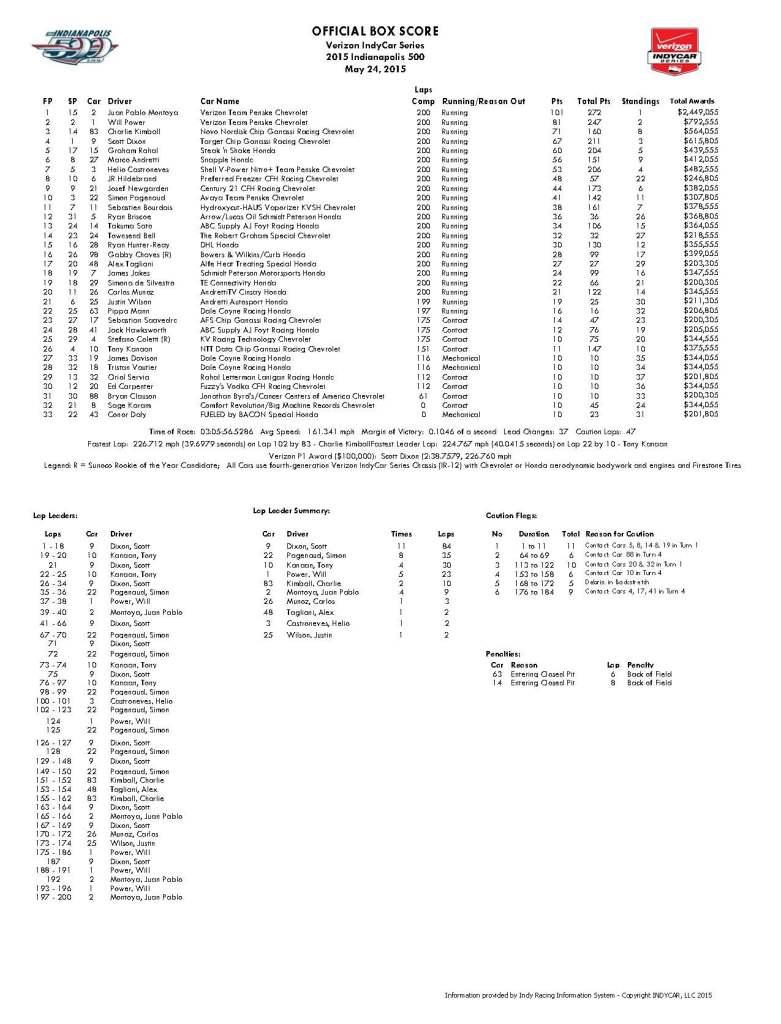