Following a brief sojourn to Montreal two weekends ago for the Canadian Grand Prix, Formula 1 now returns to Europe for the first of five races on the continent.

The Austrian Grand Prix rejoined the F1 calendar in 2014 after 11 years away, returning to the revamped A1 Ring in Spielberg, now under the ownership of Red Bull and bearing the name of the energy drink giant.

Nico Rosberg won last year’s event ahead of teammate Lewis Hamilton to clinch a Mercedes one-two, but after Felipe Massa claimed his first pole position in six years on Saturday, the weekend immediately became one of the most notable of the 2014 season.

This time around, we look poised to enjoy another all-Mercedes fight at the front of the field, but with both Ferrari and Williams lurking just behind and rain on the horizon for Friday and Saturday, anything could happen amid the Styrian mountains.

Hamilton looks to turn the screw 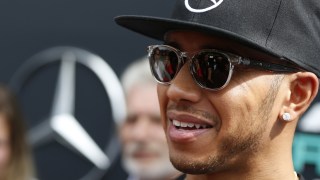 After suffering back-to-back defeats to Nico Rosberg in Spain and Monaco, Lewis Hamilton hit back in style at the Canadian Grand Prix two weeks ago with a comfortable victory. Now, the Briton will be hoping to turn the screw in the title race and deliver another blow to Rosberg’s championship hopes with a victory in Austria. After losing to the German driver at last year’s event, Hamilton will want to cross another grand prix off his hit-list this weekend.

Can Ferrari’s upgrades come to the fore?

Ferrari entered the Canadian Grand Prix with much fanfare and expectation following an upgrade to its power unit, only to fade to fourth and fifth place in the race far behind Mercedes at the front. The Red Bull Ring should suit the Ferrari SF15-T car, and it will be interesting to see just how much of a challenge either Sebastian Vettel or Kimi Raikkonen can pose to Hamilton and Rosberg this weekend.

Williams’ upset in Austria last year was one of the biggest shocks of the season. Felipe Massa’s pole position proved to be the only non-Mercedes pole of the 2014 season, and Williams could well have won the race had it opted for a more aggressive strategy instead of settling for P3 and P4. The team should run well once again this year, meaning that the battle to complete the podium – or perhaps even fight for the race win – will be an intense one.

But will lightning strike?

Looking at the weather forecast for the next few days, proceedings in Spielberg could be interrupted by more than a spot of rain. Thunderstorms are forecast for both Friday and Saturday in Austria, meaning that both practice and qualifying could be something of a lottery – albeit one with a little more running than we saw in the wet FP2 session in Monaco, one would hope. Sunday’s forecast is brighter, but the first real wet grand prix of the year could make for a very interesting turn of events.

Red Bull’s first home grand prix was something of a disaster in 2014 – Sebastian Vettel and both Toro Rossos retired; Daniel Ricciardo scored just four points – and 2015 is shaping up to be little better. After ailing to just two points in Canada, Red Bull is in need of a serious reboot in the coming races. Another humbling at its big weekend on home soil will only further the doubt already seeping into Dietrich Mateschitz’s mind, one would imagine.