Ryan Briscoe, back in the No. 5 Arrow/Lucas Oil Schmidt Peterson Honda for Auto Club Speedway and likely for the foreseeable future in the Verizon IndyCar Series, set the fastest speed during the opening 45-minute practice session for the MAVTV 500 in Fontana, Calif.

The three rookie drivers had an hour of running from 8:30 to 9:30 a.m. local time before the remainder of the field joined in at 9:30.

Simon Pagenaud led a quartet of Chevrolet runners from third to sixth, ahead of Charlie Kimball, Tony Kanaan and Toronto winner Josef Newgarden.

Speeds from an incident-free first practice are linked below. 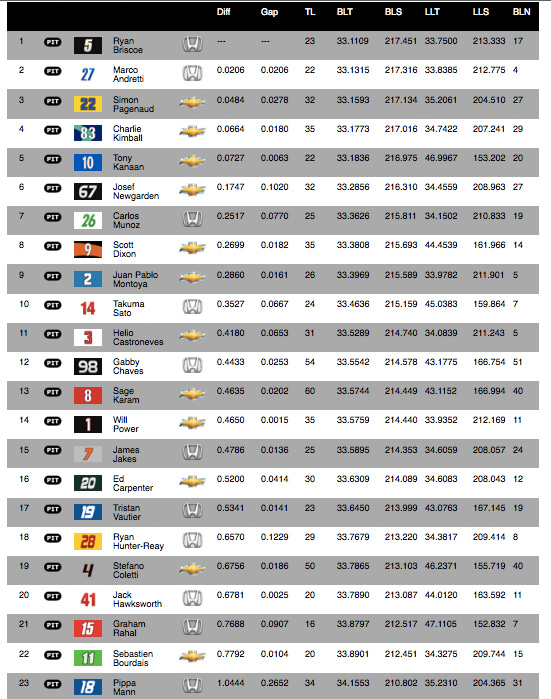