Dixon was quicker than any of the drivers in first practice, with a best speed of 217.629 in the No. 9 Degree Chevrolet for Chip Ganassi Racing.

Simon Pagenaud and Ed Carpenter were second and third, with Takuma Sato best of the Honda runners in fourth and Juan Pablo Montoya completing the top five.

Marco Andretti and Ryan Briscoe, who were second and first in the first practice, were sixth and seventh in the second session.

James Jakes had a mechanical issue, which triggered a red flag towards the end of the 75-minute session. The Schmidt Peterson Motorsports team will work to fix the car before qualifying.

Checkered flag for 2nd practice! P7 for @Ryan_Briscoe & the No. 7 crew is hard at work getting @JamesJakes' car ready for quals! #MAVTV500

Speeds from second practice are below. 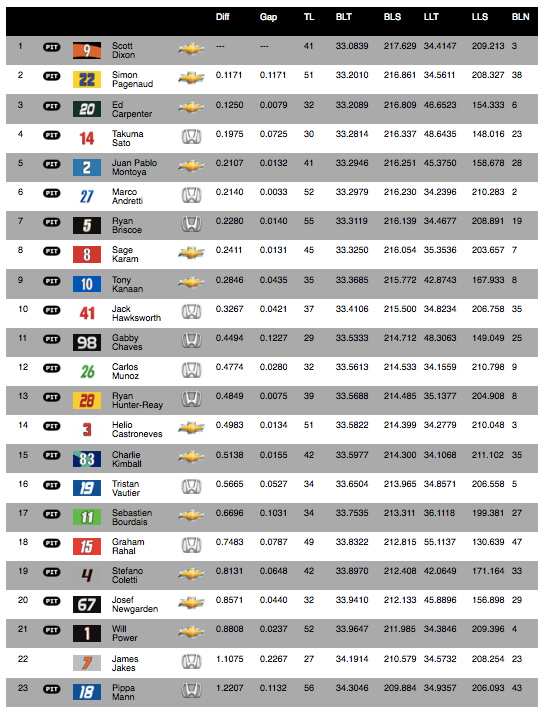