The pair of drivers who dominated the 2014 edition of the race before being caught out versus other drivers on new tires were the only two drivers north of 179 mph at the 0.894-mile oval in first practice, held in scorching conditions of 92 degrees Fahrenheit ambient, 130 on track and with 62 percent humidity per Firestone.

There were two yellow flags for track inspection and Jack Hawksworth went behind the wall with a mechanical issue, apparently a loose hose, but the A.J. Foyt Enterprises team fixed it and got the Englishman back out.

Speeds from first practice are below: 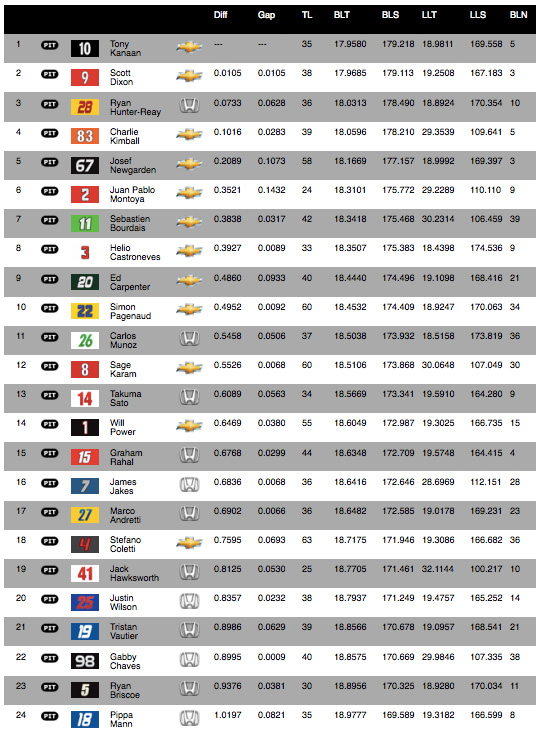