Josef Newgarden and Tony Kanaan – two drivers who were close to wins at Pocono last year before needing late splashes of fuel – were third and fourth with Takuma Sato, driving in one of the two ABC Supply-sponsored cars, top Honda in fifth.

Meanwhile Marco Andretti had an apparent water leak, per Trackside Online, and was unable to set a time either. 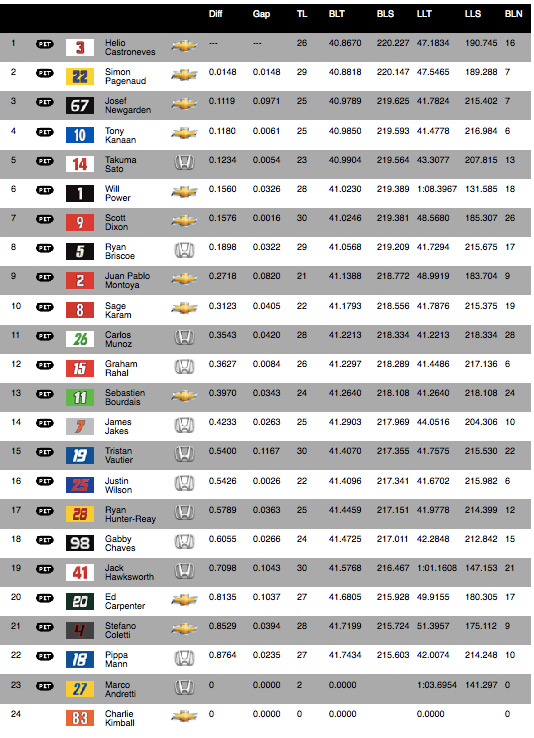