Three Honda teams and seven drivers are testing today at Sebring International Raceway, ahead of the 2016 Verizon IndyCar Series season.

And while some new Honda aero parts were cloaked in secrecy a couple weeks ago when Rahal Letterman Lanigan Racing and Andretti Autosport tested, two drivers from other teams – Schmidt Peterson Motorsports and A.J. Foyt Enterprises – were a bit more lenient.

Mikhail Aleshin, who tests for SPM and is coming to Sebring straight off winning the pole position and driving in this weekend’s Rolex 24 at Daytona with the SMP Racing BR Engineering BR01 Nissan, was first to post a pic of the new aero components.

The front wing and sidepod ramps are most noticeable. 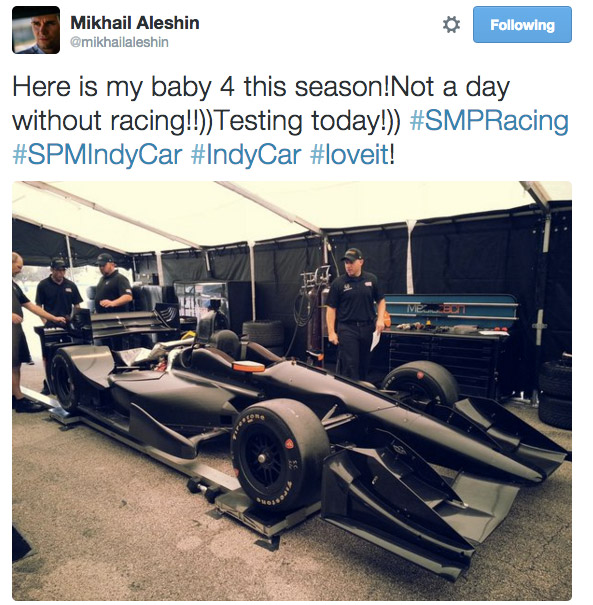 Takuma Sato for Foyt also posted a pic, more from the rear. 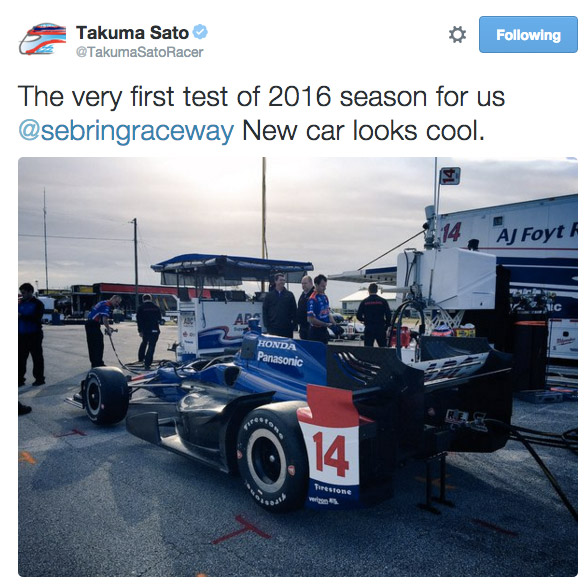