AVONDALE, Ariz. – Helio Castroneves topped the timesheets in both the fourth and final three-hour test session and overall at the Verizon IndyCar Series’ Test in the West, a.k.a. “PrixView,” at Phoenix International Raceway.

So while all drivers down to 18th placed Max Chilton set a best lap under that old mark at some point in one of the four three-hour sessions, none count as official track record laps.

Nonetheless, Castroneves’ mark provides a target for the field to shoot for when the series returns April 1-2 for the Phoenix race, the second race of the year.

Some laps were tow-assisted while others were single laps.

The fourth session featured two incidents, which was different than the three previous sessions.

Will Power had an engine failure in his No. 12 Verizon Team Penske Chevrolet, a rarity, with smoke and fire out the back entering Turn 1 just before sunset.

Meanwhile in the final hour, Jack Hawksworth hit the wall exiting Turn 2 in the No. 41 ABC Supply Co. Honda, in what was the only contact moment of the weekend.

Both drivers were OK, with Hawksworth checked, cleared and released after his incident.

Times from both session four and combined are below. 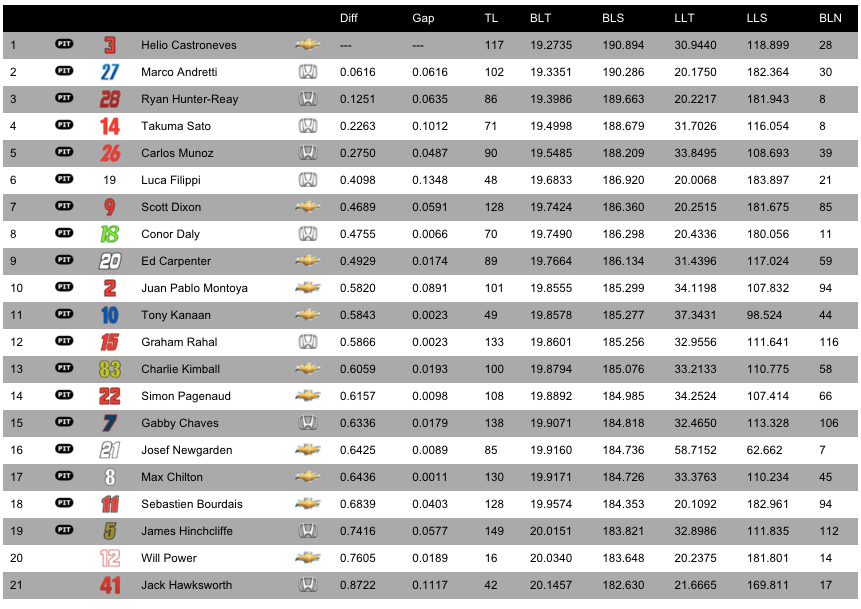 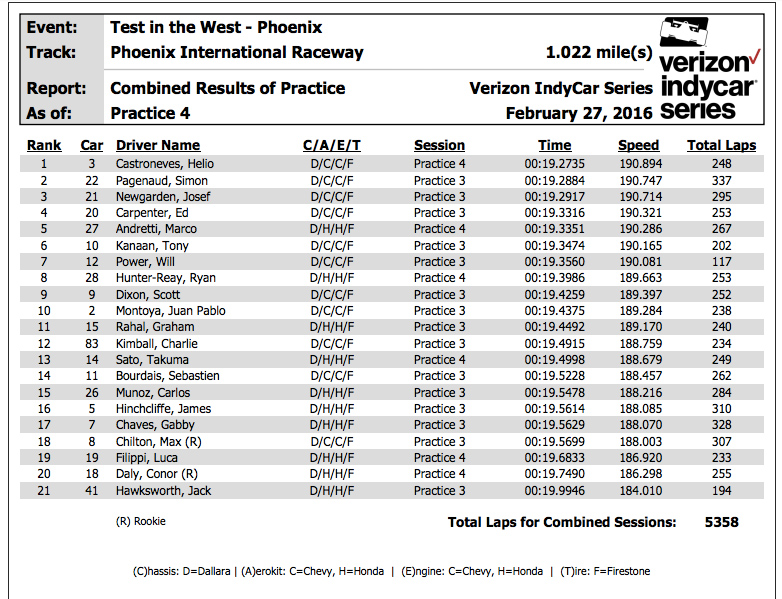