Chicagoland Speedway and its sister track, Route 66 Raceway, in Joliet, Ill. are better known for hosting NASCAR, IndyCar and the NHRA.

So as the calendar turns to March, you might be wondering why or how Chicagoland or Route 66 could be used during what’s usually the dead of winter. 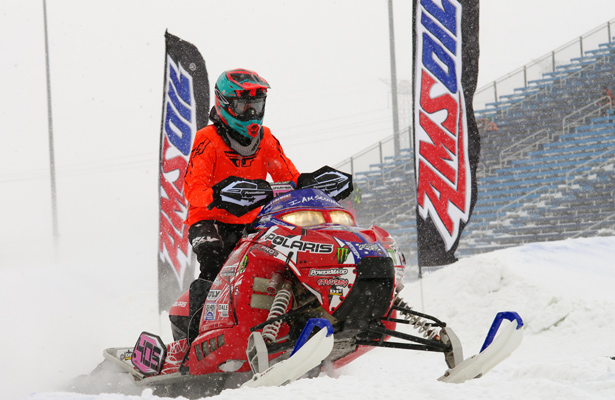 Route 66 comes alive this weekend though with the AMSOIL Championship Snocross series on Friday and Saturday, for the Hollywood Casino Joliet Snocross National presented by Hayes Brake.

It’s the second annual running of the family-friendly event, and provides speed, action and snow racing during the winter months (more information available here and via Route66Raceway.com).

We caught up with track president Scott Paddock for a quick Q&A leading into the event: 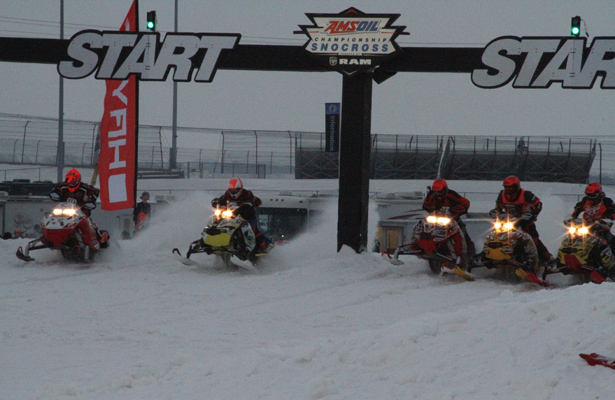 MST: So for a bit of background, explain what this event is and what fans/viewers could expect?

SP: “It’s an amazing event. I think when ISOC, when they looked to expand their footprint to the Chicagoland market, the Speedway was always on their list. As they were looking and surveying the area for a relevant venue, they approached us. We’ve performed some due diligence, and attended a few of their events. We thought, ‘This could be a hit.’

“We introduced it to the market last year. We’re bringing it back for year two because the atmosphere was electric and exciting. The word-of-mouth coming out of the weekend and the feedback was incredible, so we had to bring the event back.

“For the industry, they love the venue. In a lot of their careers, it’s the first time with backdrop of a drag strip there. They’ve contoured a really cool course. There’s some incredible berms, so with action and excitement, it’s a win for our fans and for our drivers.”

MST: How do you put this course together?

SP: “We’ve put a 10-foot base of snow in that we’ve been making since mid-January. It’s about to be there. Last year’s configuration started at south end of the grandstands. We had 15-20 snowmobiles. Hitting it out of the shoot there. They’d go … and intersect. It wasn’t just straightaways. There were plenty of roundabouts and cut-throughs that literally propelled these guys 60 feet in the air.

“We’re literally trajecting the length of an NBA court, 60 feet in the air. It reminded me in some respects of stock car racing, where the field was bunched up or spun out. The analogy was like stock car racing on snowmobiles, however this aerial acrobatics was by design.” 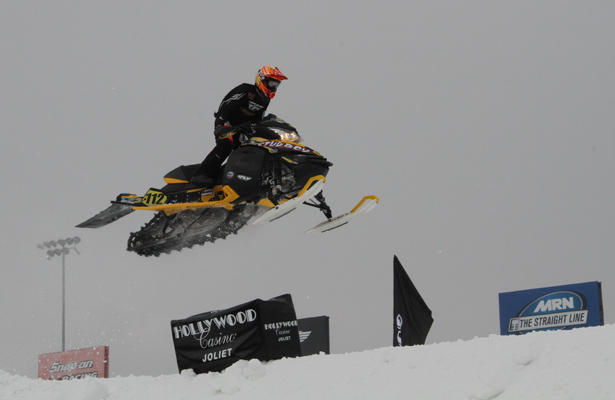 MST: How do you sell a winter event, since you generally assume there’s no winter track activity?

SP: “You hit on it – it’s a winter event. People have been locked up indoors, for months. Everyone has cabin fever. Local drag racers can’t wait until April. This is a great opportunity to come out with the family, come out to an event that’s indoor/outdoor, where you can have a great time.

“It’s kind of a shiny new toy. The word of mouth is incredible. We’re certainly marketing the event through relevant publications, snowmobile dealers, but we had fans from Wisconsin, Minnesota, Iowa, Michigan. They came from far distances to come. It’s not unlike a NASCAR audience that will travel 300 miles.

“We were told by ISOC officials that by year three, these events tend to build hold and equity. It’s tough weather in Februrary, so we moved it back to early March. The forecast looks incredible, with high 30s, low 40s… so perfect conditions.

We thought that the early March timeframe was good. You can still make the snow, but it’s comfortable. There’s still plenty of indoor seating. Club seating, Route 66 suites, and a huge warming tent, with other content, merchandise, food and beverage. ISOC does a great job. It’s a great family environment.”

MST: How are ticket sales going compared to last year?

SP: “It’s ahead of last year’s race thus far, but it’s definitely a walk-up crowd. If you get the awareness out there, it’s similar to NHRA drag racing. If you’ve got good weather and good marketing, you’ll generally get a good walk-up gate.”