The entry list for the first Verizon IndyCar Series race of the 2016 season is out, with 22 cars.

There are no surprises, and Luca Filippi is listed in the No. 19 Dale Coyne Racing Honda, as was highly expected if not officially confirmed as of last night.

The breakdown is 12 Hondas and 10 Chevrolets in the 22-car field, with four rookies: the three full-season rookies of Max Chilton, Conor Daly and Alexander Rossi, and part-time driver Spencer Pigot. Daly has six past IndyCar starts (five last year, one in 2013) while the other three make their IndyCar debuts.

It’s a two-car reduction from 2015 – second cars from KVSH Racing and Ed Carpenter Racing go away, as does the fourth Andretti Autosport standalone car. The Bryan Herta Autosport entry folds into Andretti Autosport this year, and Rahal Letterman Lanigan Racing adds the second car for Pigot.

Here’s the entry list, or, in visual form, below: 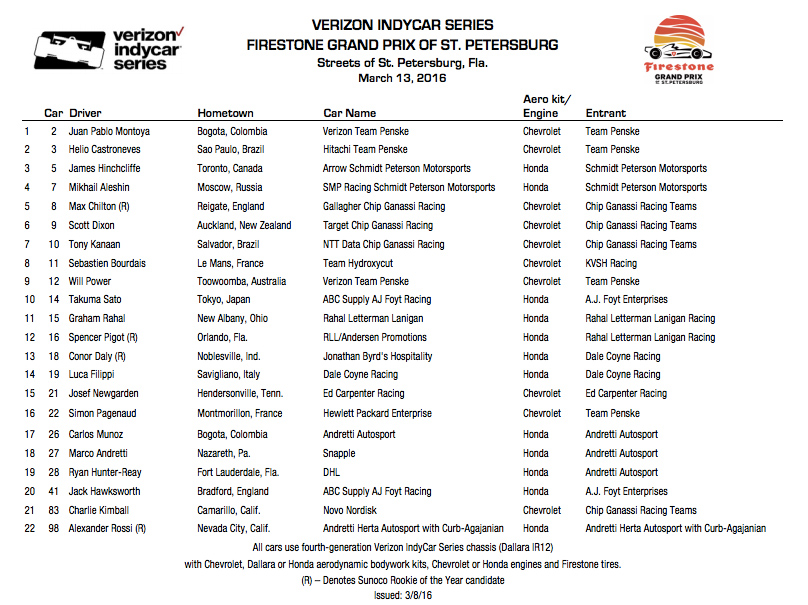