The 75-minute session was extended 10 extra minutes owing to two crashes for Takuma Sato and James Hinchcliffe, both of whom were running Honda’s 2015 rear wheel pod assemblies.

It was an Ed Carpenter Racing 1-2 in the session with teammate Josef Newgarden in second, at 192.225 mph in the No. 21 Fuzzy’s Vodka Chevrolet.

Sato’s and Hinchcliffe’s teams are in the process of fixing their cars before qualifying.

Here is the qualifying order for the #DDCPhoenixGrandPrix. Quali session is 2 pm PT/5 on ET LIVE on @NBCSN. pic.twitter.com/vKasHuWGEQ

Times and speeds from this first practice are below: 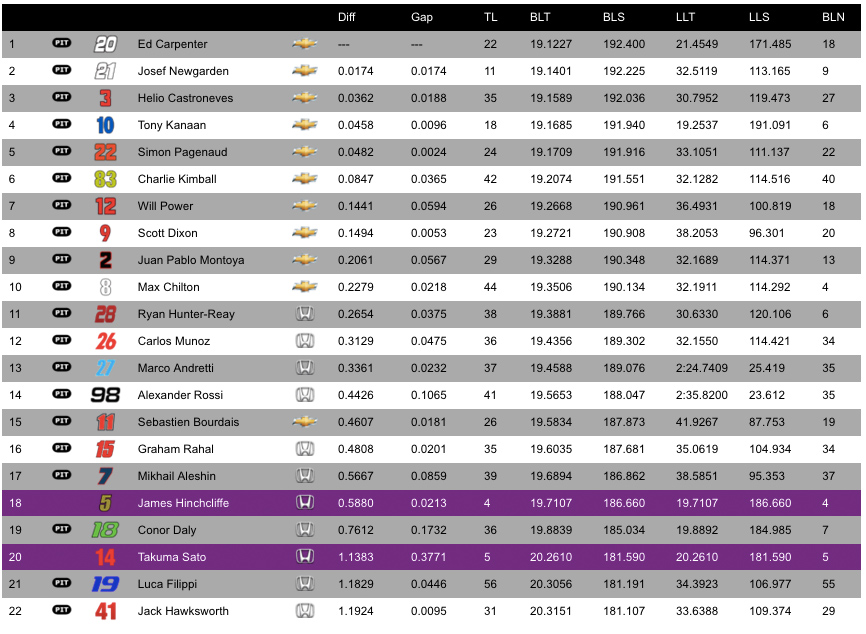