Castroneves has a new track record at the 1.022-mile Phoenix International Raceway with an average speed of 192.324 mph.

“That was a moment! It was interesting, it was in Turn 4, with something we never had,” Castroneves said of his lap. “The first lap was really big. I was very surprised it happened. The car was super strong. We had to keep pushing.

“But 19 seconds a lap, man. It’s pretty impressive. I have to say, for the fans that are gonna be here, will see the fastest cars in the world going around this place.”

Carlos Munoz crashed on his qualifying attempt, and neither Takuma Sato nor James Hinchcliffe did either after their accidents in first practice. 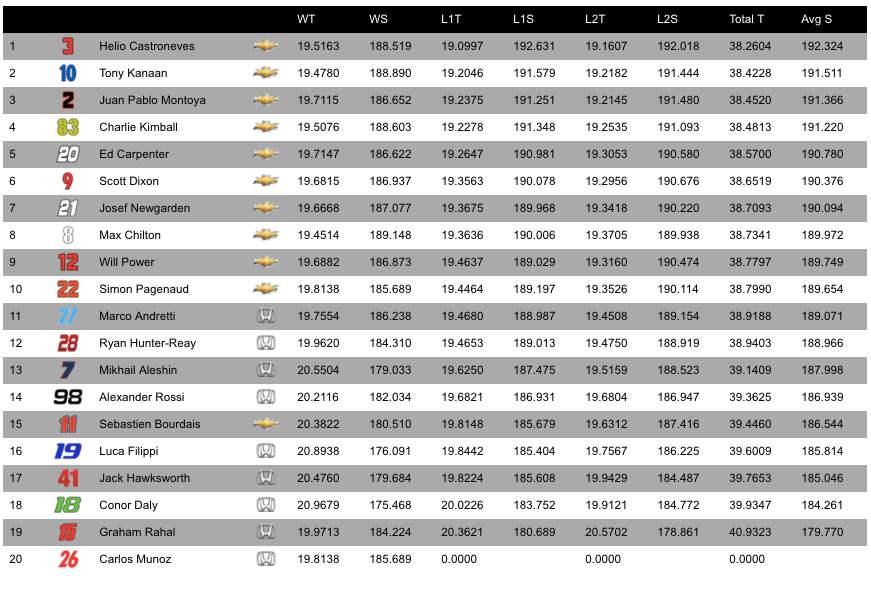