The driver of the No. 3 Rev Group Inc. Team Penske Chevrolet clocked in a best lap of 186.293 mph; speeds and times were obviously slower this session as teams and drivers focused on race runs.

Juan Pablo Montoya and Josef Newgarden were second and third; as in qualifying, Chevrolet held the edge over Honda with the top 10 times and speeds coming from Chevrolet entrants.

Of note, both Carlos Munoz’s and James Hinchcliffe’s crews got their cars back out after accidents earlier in the day.

Munoz’s No. 26 Andretti Autosport Honda was out for the start of the session with Hinchcliffe’s No. 5 Arrow Schmidt Peterson Motorsports Honda out with just over 10 minutes to go in the scheduled 30-minute session.

The 30-minute session was extended an extra five minutes for a track inspection. 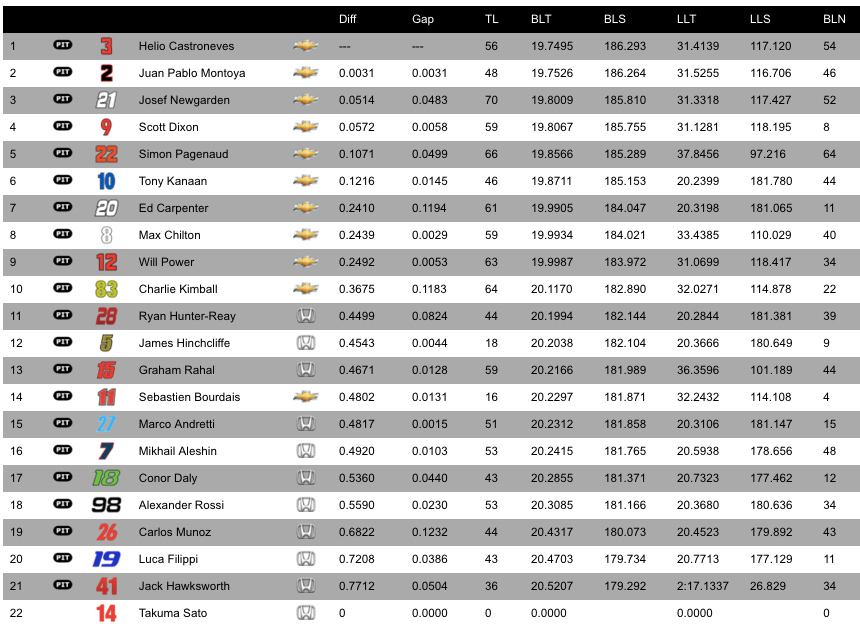