Other than a single caution at Lap 34, there were no interruptions for Kaiser in the No. 18 Intervision/NetApp/Juniper Networks Dallara IL-15 Mazda for Juncos Racing, as he controlled the race from pole.

Kaiser now has his first win after finishing third and second in the opening two races of the season, and will move into the series points lead.

Negrao was sixth ahead of Felix Serralles and Zach Veach, the latter of whom made up eight positions from 16th and last on the grid to secure a respectable eighth place finish.

Felix Rosenqvist was 15th in his first oval start.

Results are below. Saturday’s race will air on NBCSN on Wednesday, April 6, at 2:00 am EDT. 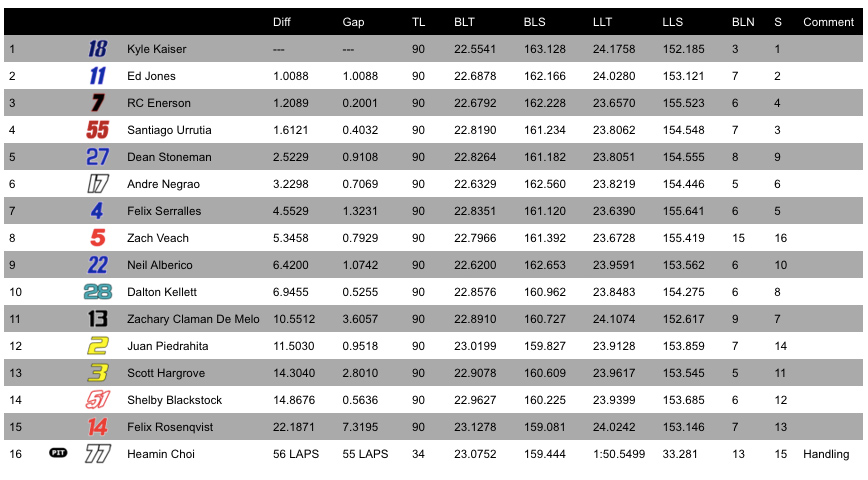