James Hinchcliffe was second with Graham Rahal third in another Honda.

Power and Hinchcliffe enjoyed a bit of banter in the post-practice press conference, Hinchcliffe making the joke that because Power “hadn’t puked yet” it was a good day at the office for him.

There were no major incidents. 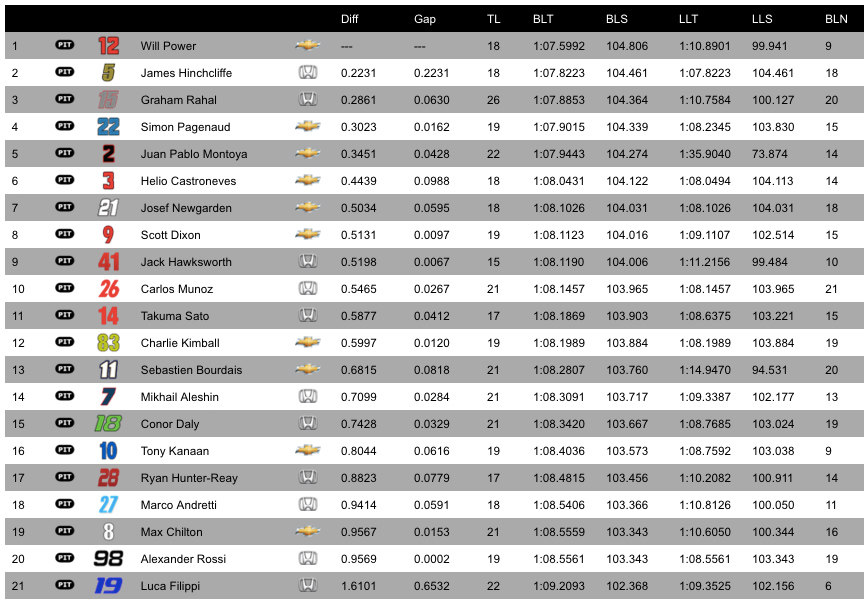