Will Power clocked in a 1:06.8892 in the No. 12 Verizon Team Penske Chevrolet to lead teammates Simon Pagenaud, Helio Castroneves and Juan Pablo Montoya.

There were two incidents in the session involving two American stars.

Ryan Hunter-Reay went wide at Turn 9 in the No. 28 DHL Honda, where he hit the tires with the left rear, but returned to the pits. That brought out the first red flag of the session.

With just five minutes to go, Graham Rahal clipped the curb on entry into Turn 9 and knocked the left front wing askew, plus damaged the left front suspension. It was a fairly substantial hit for the No. 15 PennGrade Honda, and will force the Rahal Letterman Lanigan Racing crew to make repairs.

Takuma Sato told IndyCar Radio, meanwhile, he had an issue with the drivetrain in the No. 14 ABC Supply Co. Honda. 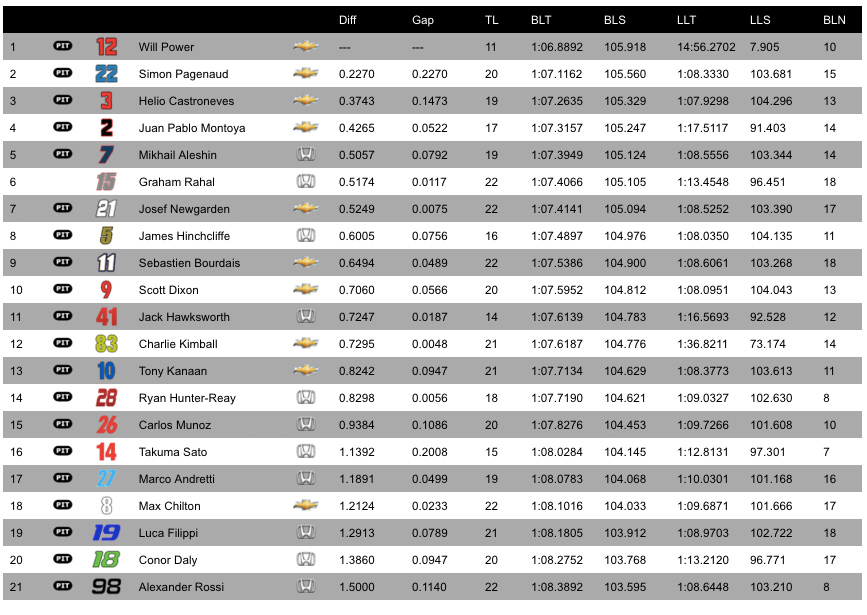