This morning, the Indianapolis Motor Speedway announced a giant graphic of the Borg-Warner Trophy at the JW Marriott hotel, that will adorn the side of the hotel.

“The giant Borg-Warner Trophy they are putting on the side of the JW Marriott is amazing – it’s a great way to kick things off for Indianapolis Motor Speedway and the city of Indianapolis heading into May!” Montoya said. “The 100th running of the Indianapolis 500 is going to be pretty special in a lot of ways. It’s cool to be the defending champion and of course, it’s my goal to win again in the Verizon Chevy for Team Penske and get Roger (Penske) his 17th Baby Borg.”

“It’s great to see downtown Indy transforming for the 100th running!,” Verrier added. “Everyone at BorgWarner is proud of the Borg-Warner Trophy and the competitive spirit it represents. I am looking forward to awarding it to the winning driver in Victory Lane this May.”

More photos are below: 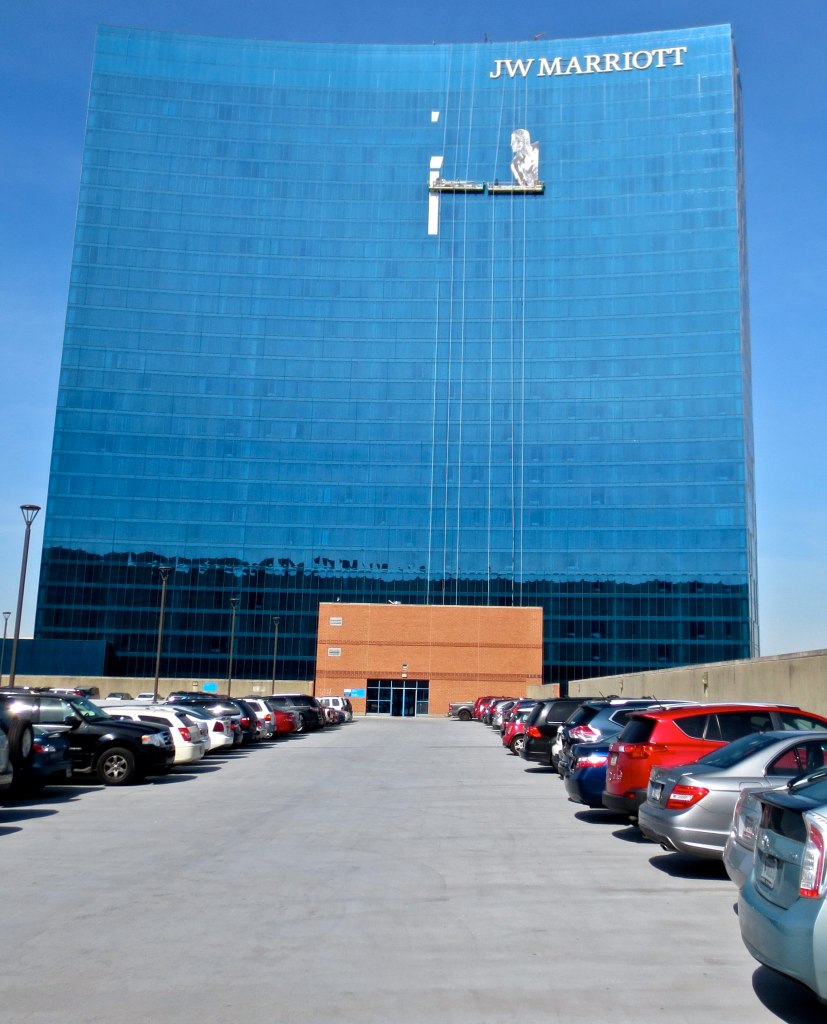 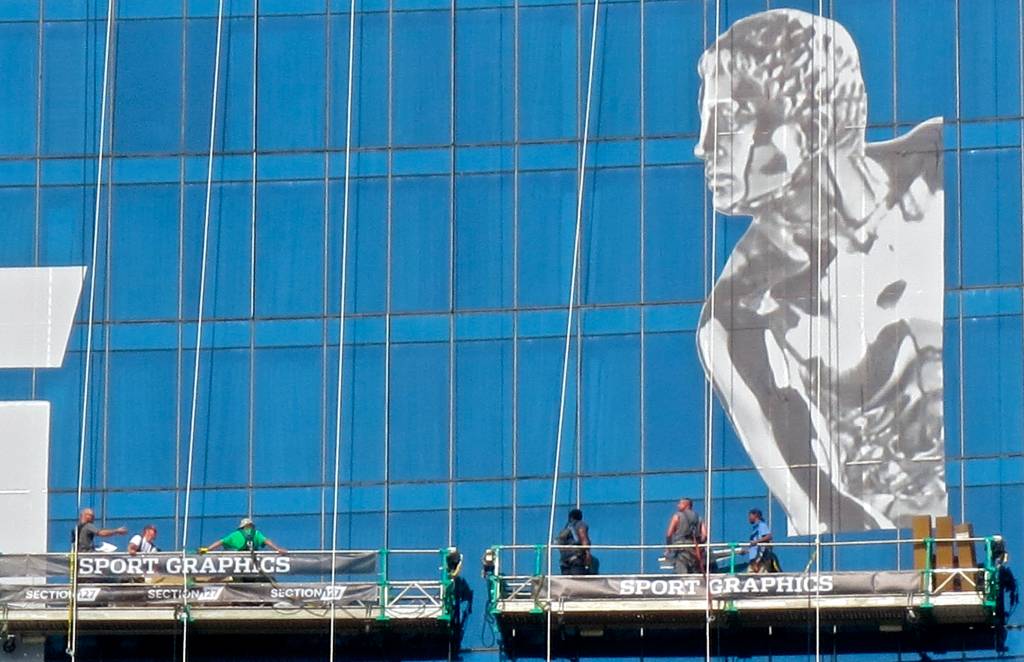 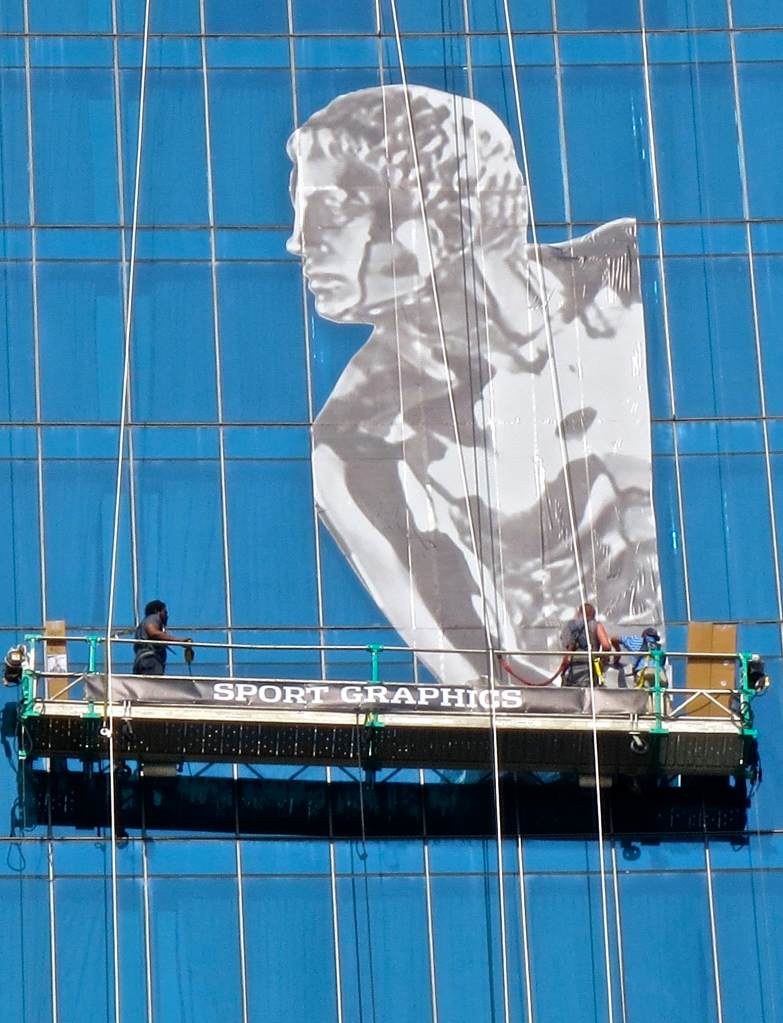 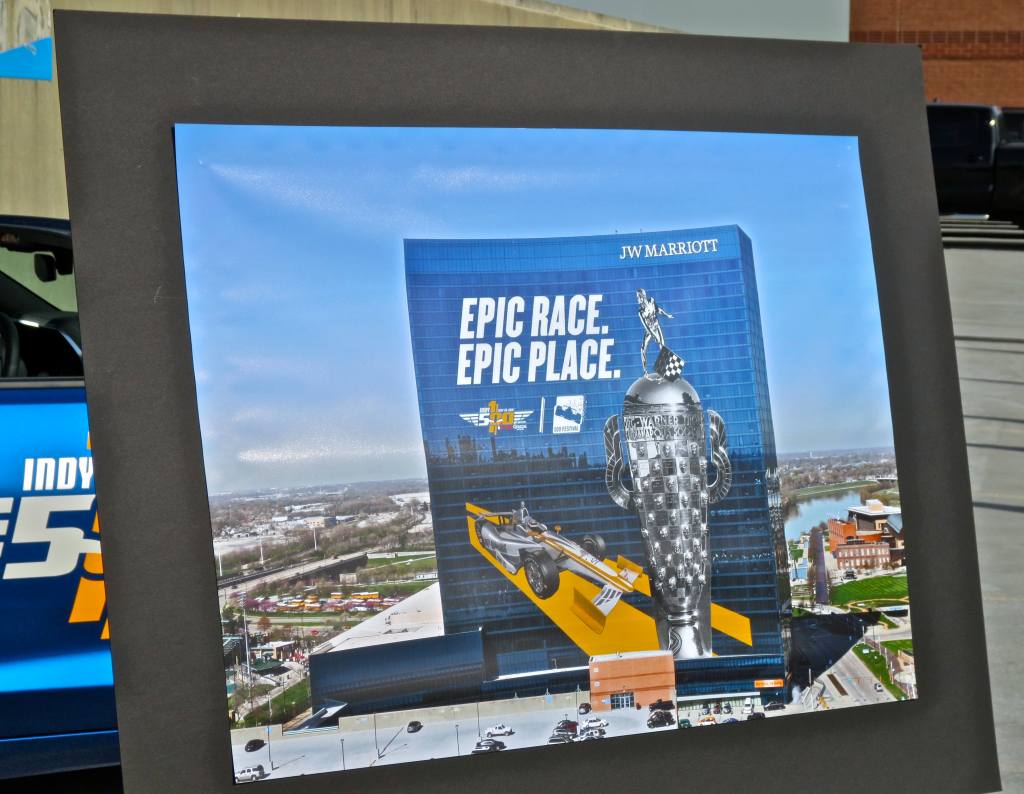 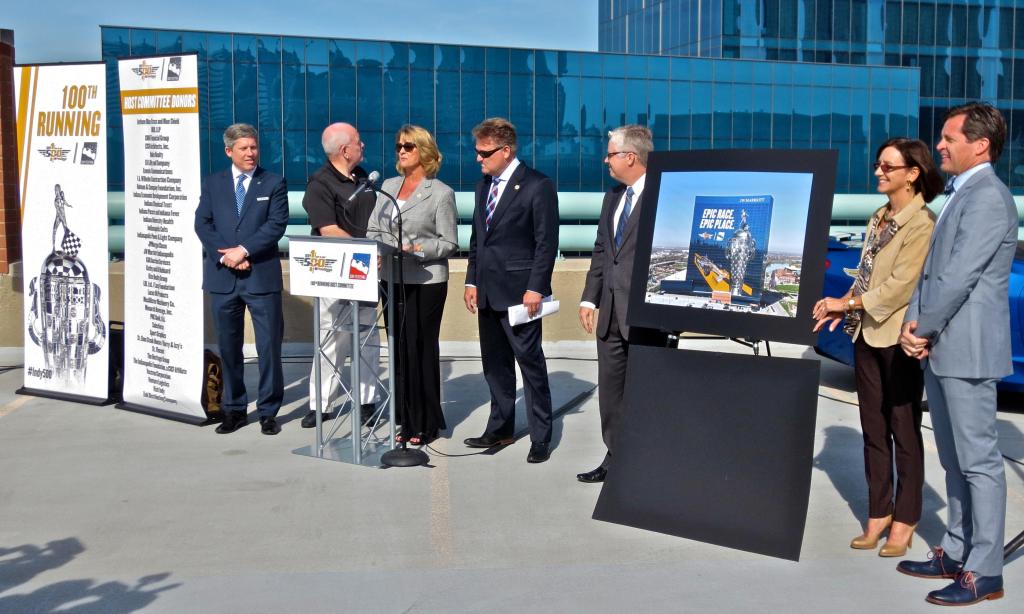 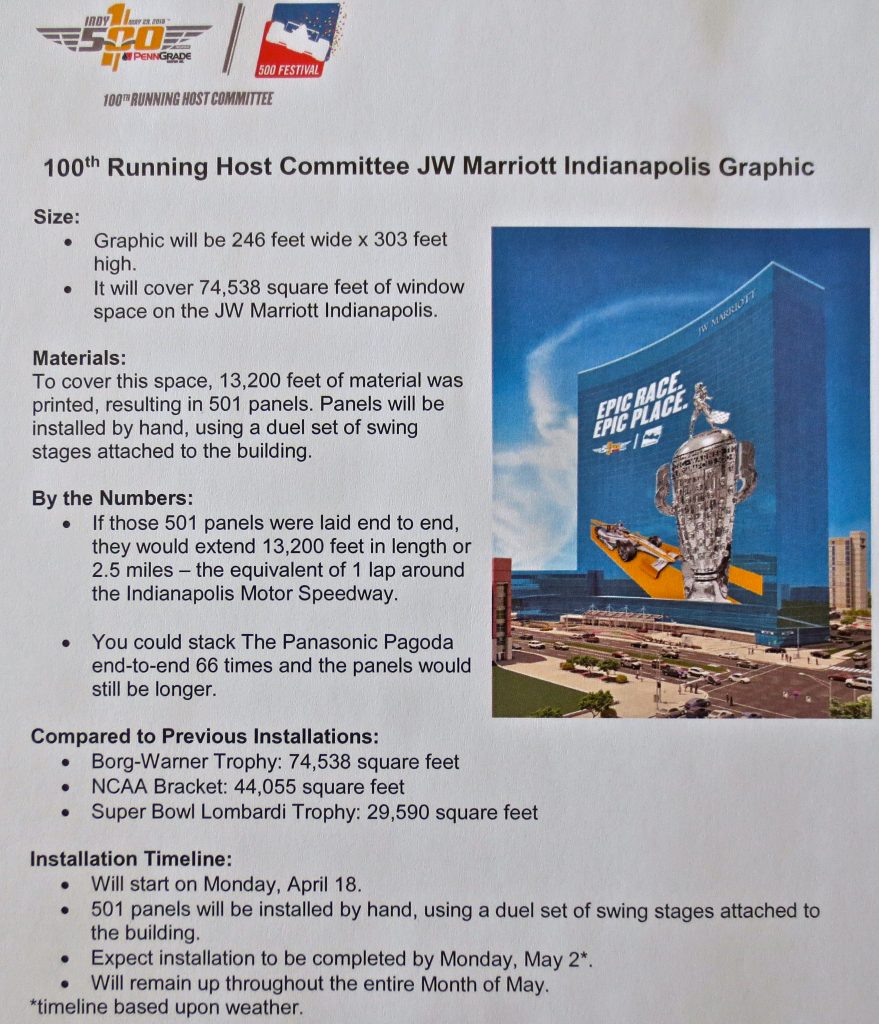