There haven’t been a ton of Red Bull Global Rallycross announcements thus far in 2016 but Dreyer & Reinbold Racing put one out this morning. Cabot Bigham is set for one of the team’s GRC Lites entries.

The team release is below: 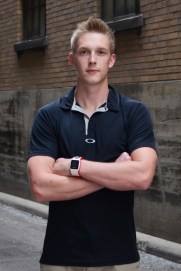 Bigham, 20, has been a successful karting star and open-wheel racing champion including capturing the 2015 West Coast Pro Formula Mazda Championship with seven wins in 12 races. The Mill Valley, Calif., driver also competed in Formula 3 in his climb through the open-wheel ladder trail. He began racing at age 13 in indoor karting and won numerous titles and races before moving up in the open-wheel ranks. Cabot was a teammate of two-time Indy 500 champion Dan Wheldon in the Manufacturers Cup in Indianapolis in 2011.

“I am very excited to be joining Dreyer and Reinbold Racing for the Red Bull Global Rally Cross Lites season,” said Bigham, also known as The Big Ham. “Having a proven racing group behind you is extremely pertinent to success, so I am quite optimistic about what 2016 has to bring. I look forward to developing my skill set as a driver, team member, and building friendships along the way.”

“We are very excited to have Cabot Bigham join our 2016 Red Bull Global Rallycross team,” said Dennis Reinbold, DRR team owner. “Despite his age, Cabot has produced an outstanding resume already in motorsports including winning last year’s West Coast Pro Formula Mazda Championship. Our DRR squad produced four wins and numerous podium finishes in the team’s first season in the Series and, with young, talented drivers like Cabot, we expect to battle for the Series championship this year.”

The future plans of the second Dreyer & Reinbold Racing Lites entry, the no. 24 Red Bull Global Rallycross Lites race car, will be announced in the near future, as well as upcoming team sponsor announcements.

The Red Bull Global Rallycross Lites division will be televised nationally with each event being produced and aired by NBCSN.