INDIANAPOLIS – A late flier from Scott Dixon saw the driver of the No. 9 Target Chip Ganassi Racing Chevrolet end fastest in both second practice and combined for the Verizon IndyCar Series’ Angie’s List Grand Prix of Indianapolis.

There was a weird statistical anomaly with just 0.0002 of a second separating both second and third (Pagenaud and Graham Rahal), and fourth and fifth (Sebastien Bourdais and Will Power). Times were super close.

A number of drivers had off-course excursions – Mikhail Aleshin had a spin and James Hinchcliffe ran wide to end the session – but none was significant enough to stop running. Elsewhere, Carlos Munoz only completed three laps in the session. 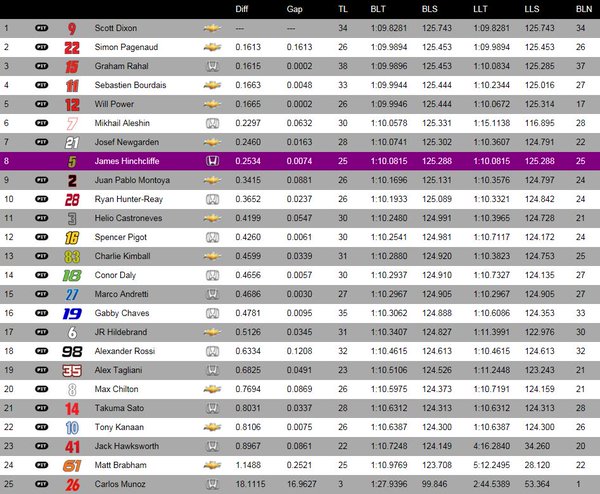