INDIANAPOLIS – Team Penske returned to the top of the timesheets in third practice for the Verizon IndyCar Series’ Angie’s List Grand Prix of Indianapolis, with Will Power leading a top three sweep by the team’s drivers.

Power, in the No. 12 Verizon Team Penske Chevrolet, led on a cool morning with temperatures of only 62 degrees ambient and 86 on track.

Scott Dixon was fourth in the No. 9 Target Chip Ganassi Racing Chevrolet ahead of four Hondas, with Takuma Sato, Ryan Hunter-Reay, Graham Rahal and Carlos Munoz all fifth through eighth.

A number of drivers spun during the session but there was still no red flag interruptions. Track conditions are likely going to be different this afternoon for qualifying, from 3 to 4:15 p.m. ET and local time. 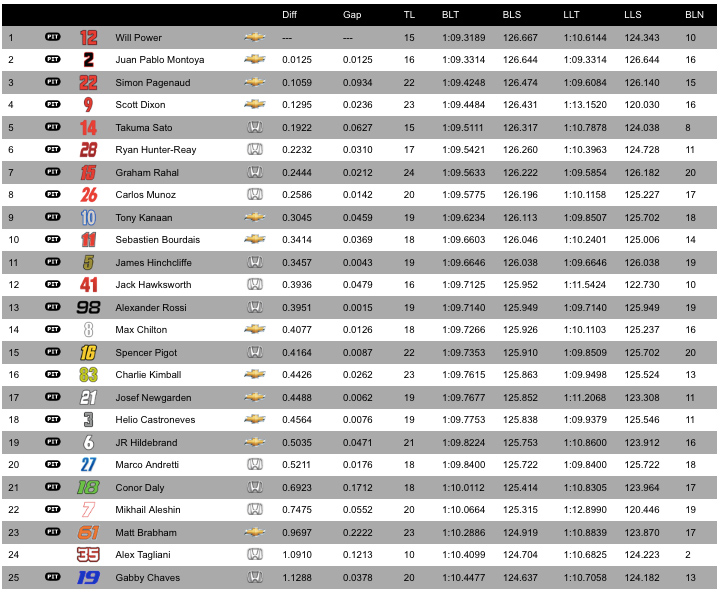