INDIANAPOLIS – He will roll off 24th in today’s Angie’s List Grand Prix of Indianapolis following his disqualification after post-qualifying technical inspection, but Graham Rahal still has a good No. 15 Steak ‘n Shake Rahal Letterman Lanigan with Theodore Racing Honda for today’s fifth round of the Verizon IndyCar Series season.

Rahal led a rare but welcome Honda 1-2-3 in a frigid warmup session at the Indianapolis Motor Speedway, which began with 49 degrees ambient temperature and 68 on track per Firestone.

Charlie Kimball, who starts second, was 13th in the session.

There were no incidents or red flags in the 30-minute session. The race begins after 3:30 p.m. ET this afternoon. 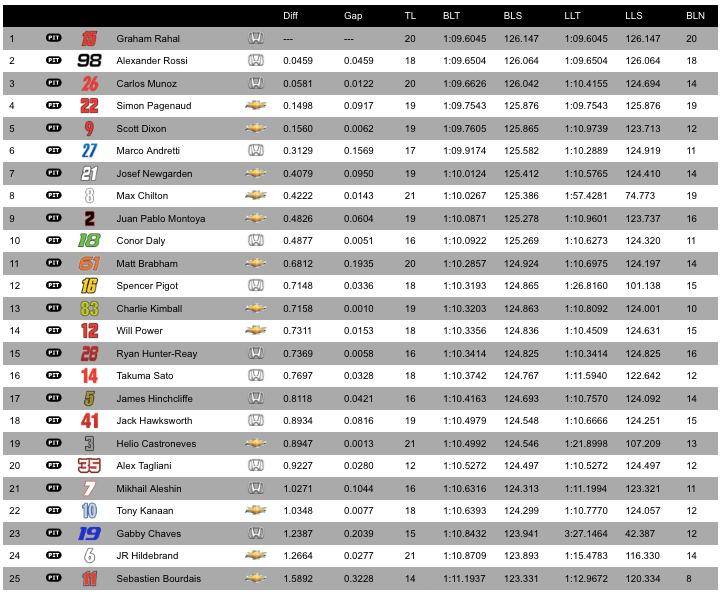