Pirelli’s ultrasoft tire compound – its newest and softest compound in its line of five dry weather compounds – will get a workout at the Monaco Grand Prix for its race debut weekend.

Of the 11 teams, 10 of them have selected at least seven sets of ultrasofts to be put into use at Monaco of the 13 available total sets for the weekend.

Supersoft, the medium compound for this race, run anywhere from two to four sets (except for Manor, who have five supersoft and six ultrasoft sets picked out) while most teams are just picking one set of softs, the hardest compound.

This should set up a race of at least two and possibly three pit stops at a track that in recent years has only produced a one-stop race. What will be interesting to see is how many laps the ultrasoft compound will last before it needs to get changed.

The full breakdown infographic via Pirelli is below.

#MonacoGP 🏁 #F1 orders are in! Looks like the streets of #MonteCarlo will be #Ultrasoft: https://t.co/0AJgQc9WGY pic.twitter.com/MgijUq5NGK 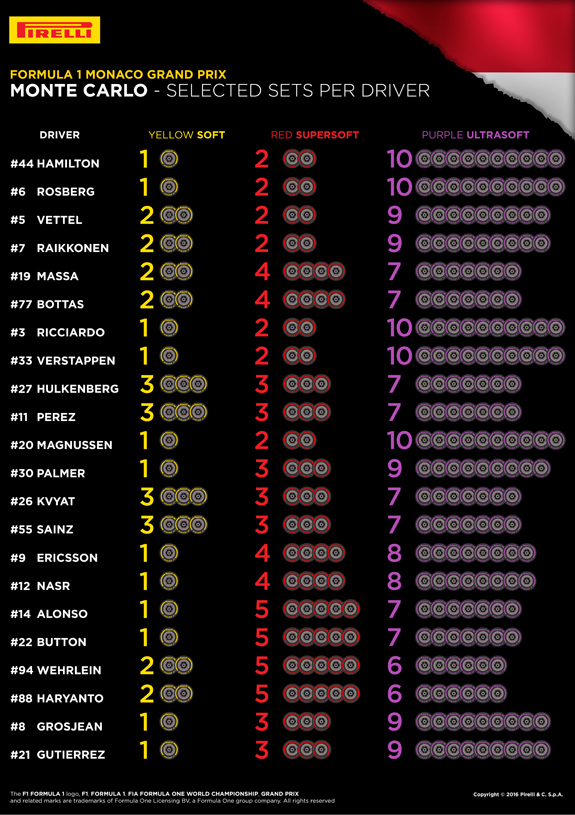