Josef Newgarden, who was fourth overall in the No. 21 Preferred Freezer Chevrolet, topped the no-tow speed charts at 224.541 mph. He clocked in ahead of four Andretti Autosport drivers, Townsend Bell, Hunter-Reay, Munoz and Alexander Rossi.

The last hour and a half was particularly frantic with big groups of cars all running in formation. It looked similar to a race display, or certainly the Fast Friday sessions when the boost gets turned up.

This is what’s happening now at Indy. On day 2. Of practice. pic.twitter.com/eatdGOTjzG

The other story of the day beyond the speeds at the top of the chart was Spencer Pigot’s accident, which saw the Indy Lights champion and Rahal Letterman Lanigan Racing driver crash in Turn 1 and force the team to build a backup car.

Pigot was fine, albeit frustrated with himself to have the crew need to spend extra time to build up a new car. It was later diagnosed that Pigot hit something in Turn 1.

Turns out I ran something over that cut both ride side tires entering 1. Guys are working hard to build another car for me.Better days ahead

Other quick tidbits of note: 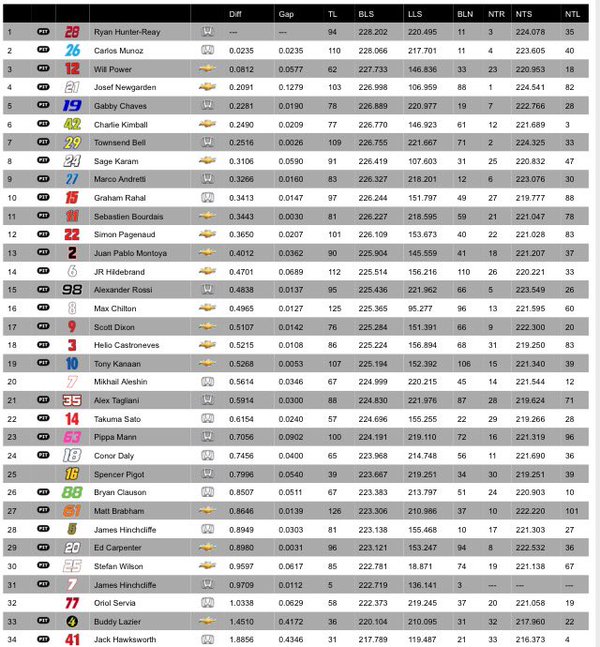 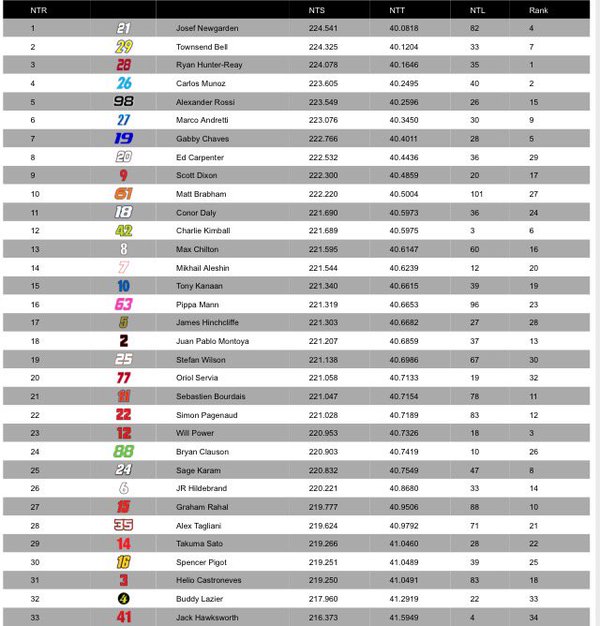