INDIANAPOLIS – Will Power was fast both in a tow and, more importantly, without one to top the timesheets in Friday’s Fast Friday practice session for the 100th Indianapolis 500 presented by PennGrade Motor Oil.

The driver of the No. 12 Verizon Team Penske Chevrolet put Roger Penske’s squad on the top of the board for the first time this week, after Andretti Autosport (Monday and Wednesday) and Dale Coyne Racing (Thursday) having also topped the charts.

Power’s best tow speed was 232.672 mph, one of two drivers in the 232 bracket (Josef Newgarden was second in the No. 21 Preferred Freezer Chevrolet at 232.344) and one of 18 overall north of 230 mph. The boost level was increased from 130 kPa to 140 kPa, which provides roughly a 40 to 50 horsepower increase, and most teams took a significant amount of downforce off the cars.

Power was second on the more important no-tow charts at 231.339 mph (38.9040 seconds), and only just behind NBCSN IndyCar analyst Townsend Bell in the No. 29 California Pizza Kitchen/Robert Graham Honda for Andretti Autosport.

In the no-tow speed charts, there were seven Hondas (four Andretti, two Schmidt, one Coyne) and only three Chevrolets.

More than an hour was lost to a mid-afternoon sprinkle, but not enough to end track activity early. 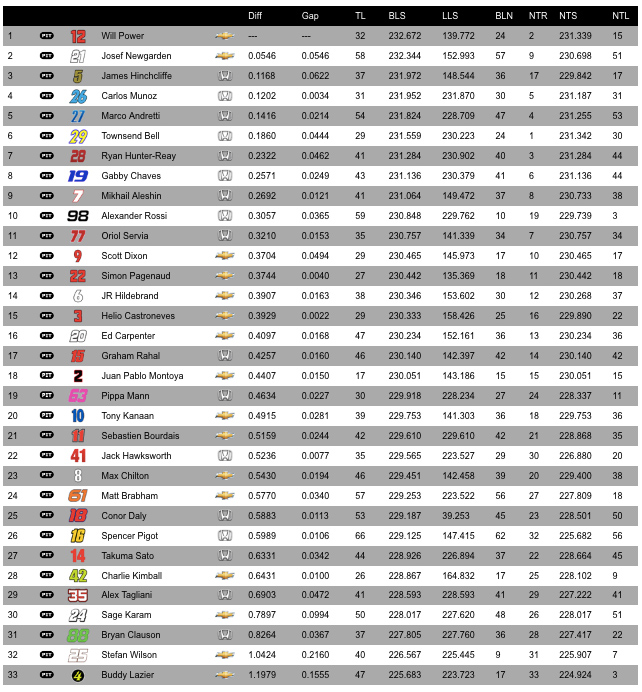 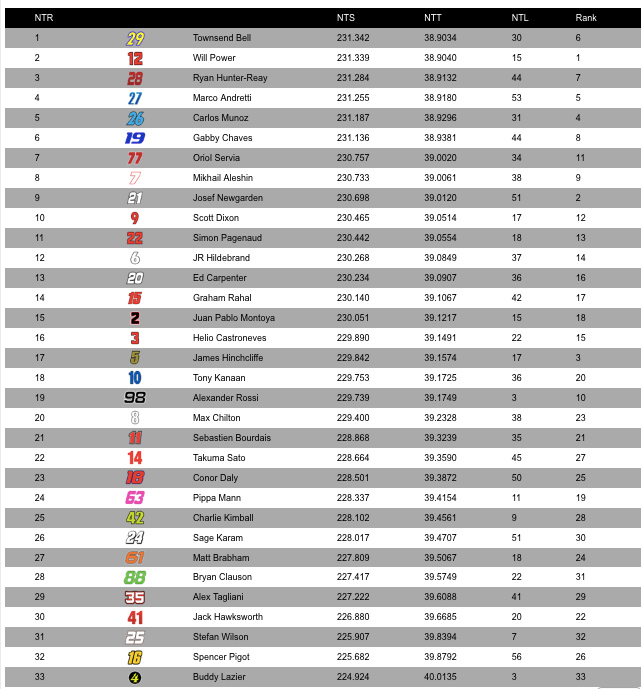