While it’s been a staple at 96th Street Steakburgers the last several years, this year, the event heads to Downtown Indianapolis for the first time in its nine-year history and has been redubbed as the Steak ‘n Shake Carb Night Burger Bash. It will go on rain or shine at the Pan Am Plaza, 201 S. Capitol Ave.

Featuring a live episode of Cavin and Kevin’s Trackside on The Fan radio in Indy (1070 AM, 93.5 FM) that is scheduled to start at 6 p.m., and no later than 6:30 p.m., will also see a number of items auctioned and raffled for a local nonprofit – Indianapolis-based Basic Needs, Simple Solutions. A live concert follows later, starting at 9 p.m.

There’s going to be a heavy IndyCar driver component too with potentially a third or more of the 33-car field tentatively scheduled for an appearance.

Further details are available at this Star link. It’s usually a fun event and definitely a great family friendly occasion. 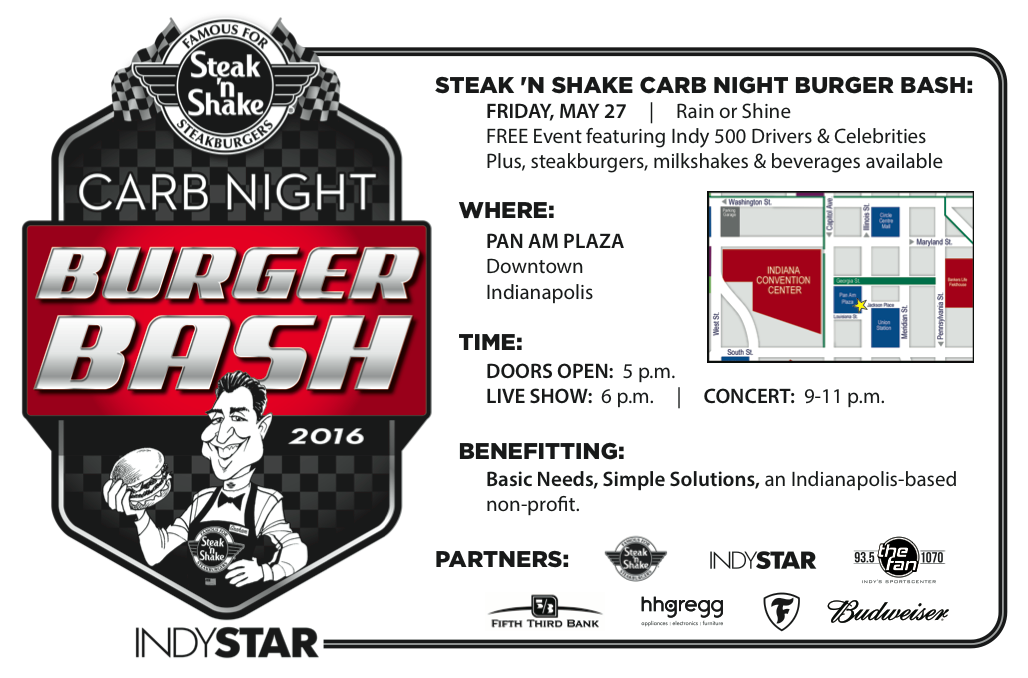