Alas, even though on-track activity was limited to just Indy Lights Presented by Cooper Tires practice and qualifying, it’s still been a busy day at the Indianapolis Motor Speedway.

Quick notes are below:

What could be happening here?! 🙈 Tune into @NBCSports tomorrow to find out! #Indy500 #IndyCar #LoveTheRobe pic.twitter.com/0fHaK84JGk

The Pit Stop Competition bracket is below: 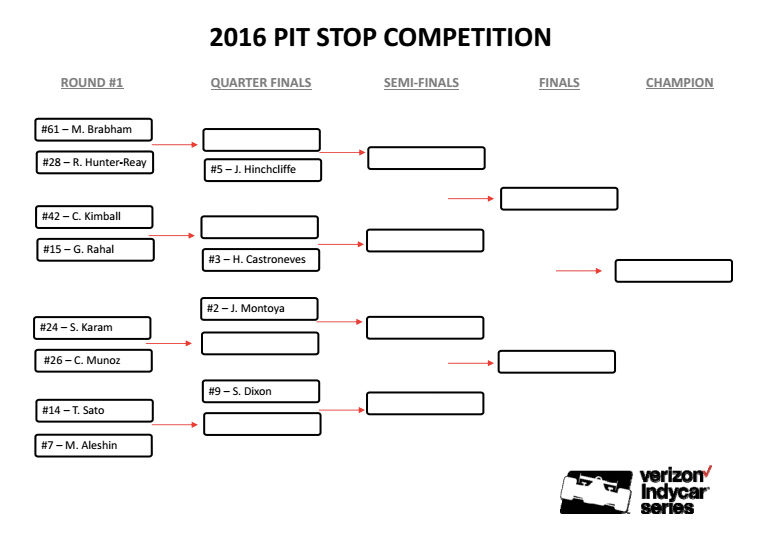 More to come from Indy later today and tomorrow.