Following extensive training and preparation, the Chris Kyle Frog Foundation CK Crew made their debut in Friday’s TAG Heuer Pit Stop Challenge. The result wasn’t the end goal on the day, and having been stuck in the troublesome right lane of the Indianapolis Motor Speedway pit lane that almost no one won from didn’t make it any easier.

The pit stop competition was not the first cool thing the team did this week.

Earlier, three cars from three generations of Brabhams – the Brabhams are the third third generation family to compete at Indianapolis along with Andrettis and Vukoviches – were assembled on the yard of bricks. A video about that is below:

Meanwhile, the team release and an assortment of photos from Friday are below:

Matt Brabham has completed final preparations for the 100th Indianapolis 500 Friday afternoon, whilst PIRTEK Team Murray’s rookie pit crew of military and first responders brought the crowd to its feet when it entered pitlane flying the American flag.

Brabham got through the one hour practice without drama despite the only major incident in the session – a spin from Pippa Mann – happening directly in front of him.

He was able to work through race simulations and build upon his racecraft among traffic ahead of Sunday’s race, whilst also working on heavy fuel loads.

The Chris Kyle Frog Foundation CK Crew were crowd favorites as they walked to the #61 PIRTEK Team Murray Chevrolet. The team – who have trained for the last week in Indianapolis at Pitfit Training with Jim Leo – came together from military and first responder backgrounds around America.

They drew the American flag from their fire suits and proudly waved it in front of the huge Miller Lite Carb Day crowd. Warner Bros. Home Entertainment in association with the Chris Kyle Frog Foundation drew the CK Crew together to highlight the work of the Foundation and promote the American Sniper – Chris Kyle Commemorative Edition Blu-Ray that went on sale this May.

Up against Ryan Hunter-Reay and Andretti Autosport, they put in one of their best stops of the practice week, however Hunter-Reay got away slightly better than Brabham and crossed the line first.

The team were valiant in their efforts and walked away proud of what they had achieved during the week and created lifelong friendships – while also bringing awareness to the Chris Kyle Frog Foundation and the work it is doing to enhance military and first responder marriages.

Saturday, Brabham continues the round of rookie media presentations, a special photograph of the 33 drivers with Indianapolis 500 veterans. He will then transfer downtown for the annual parade.

Then on Sunday, he will take the start in the 100th Indianapolis 500.

“Carb Day final practice was great, I was just getting comfortable in the car and trying a few things and avoiding crashes basically! It was a tight one out there with Pippa she was right in front of me when she went off, so that was a bit interesting,” Brabham said.

“I was comfortable out there and getting used to everything. Everyone was checking up, I was getting used to how it was – speeding up and working on racecraft ahead of Sunday. It was enjoyable.

The weather should be similar. We got a really good good read on everything. So I will go back with the PIRTEK Team Murray crew, work through the data and everything else and have it sorted out for the race.” 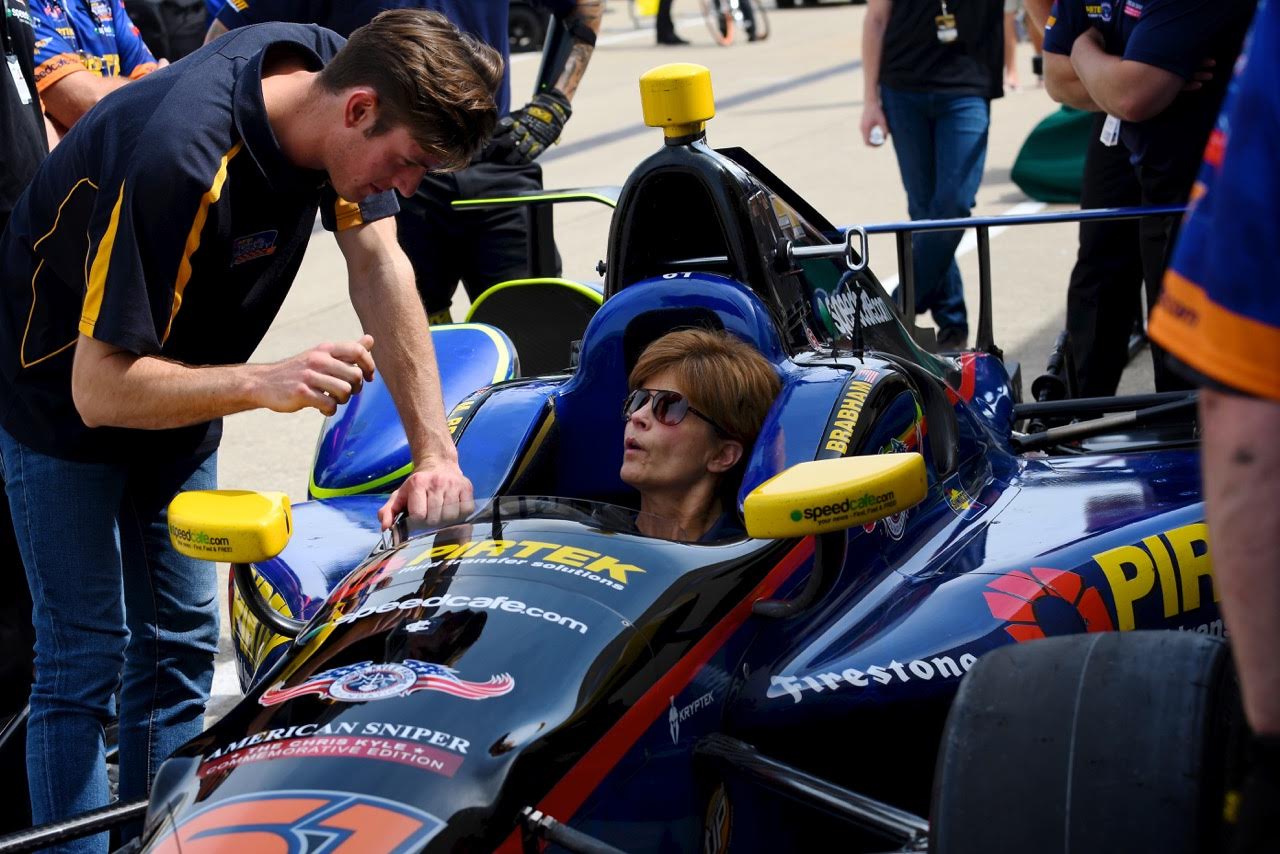 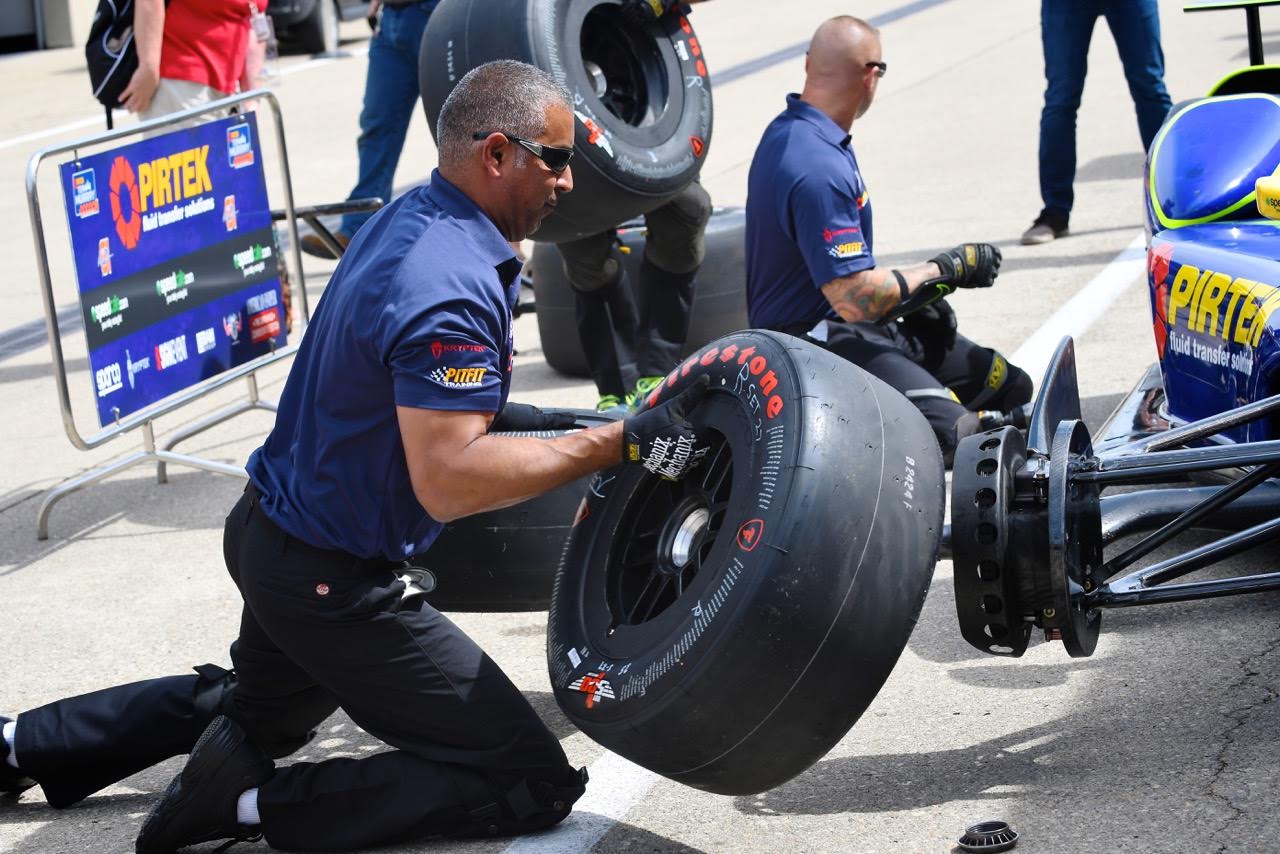 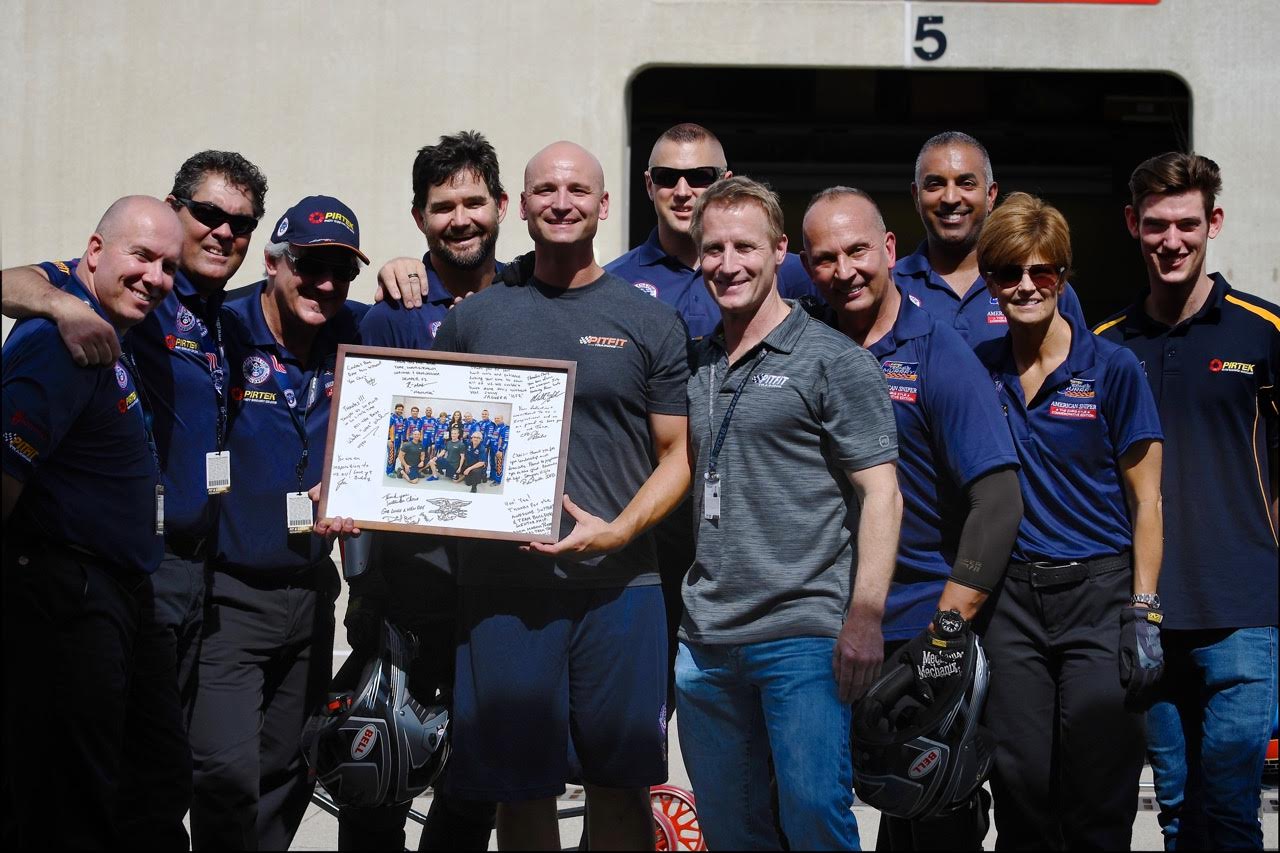 “I’m so proud of the efforts of all the CK Crew team that came together for the Pit Stop Challenge,” said Taya Kyle, executive director, Chris Kyle Frog Foundation.

“To bring all of them together from such different backgrounds, but all having done so much for our country and develop them into the teamthey became was amazing.

“The Challenge didn’t go our way, but they’ve all had an awesome time, worked their butts off, learnt some new skills and along the way created some new friendships.

“The thing that stood out for Chris above all else when attending the races was the pit crew – their strength, precision and teamwork. He likened it to his SEAL training, which is how the idea for the pit crew came together.

“I can’t thank all of them enough, along with PIRTEK Team Murray, Warner Bros Home Entertainment, Bell Helmets, Kryptek Outdoor Group, Jim Leo at PitFit, their pit stop trainer – Chris McFadden – himself a hero that has served for our country – and everyone else that contributed to this terrific program.”