While Alexander Rossi’s win in Sunday’s Indianapolis 500 was nothing short of a fairytale come true for the rookie California driver, the story was not as heartening for the four other rookies in the 33-driver field.

Max Chilton, Matt Brabham, Spencer Pigot and Stefan Wilson joined Rossi in the rookie class of 2016, with mixed results for the other four first-timers in the 500.

Let’s take a look at how each of the other four rookies fared and what their post-race thoughts were about their first go-round in the Greatest Spectacle in Racing: 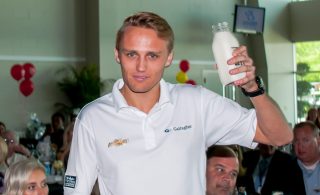 MAX CHILTON (No. 8 Gallagher Chip Ganassi Racing Chevrolet), finished 15th (second-highest rookie finisher), completed all 200 laps: “It was a long race. It feels like three races in one. I learned so much out there today. It’s the craziest start of a race I’ve ever done in my life. There are moments where you’re hanging on for your life. There are also moments where you are absolutely flying and I wish I’d had another 100 laps to go. The Gallagher team did a great job with all the pit stops. I don’t think we were ever in a position to fight for the lead, but I learned a lot and will come back stronger next time.” 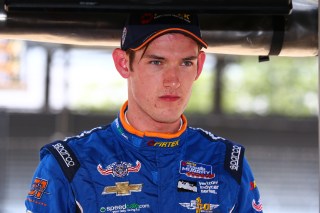 MATT BRABHAM (No. 61 PIRTEK Team Murray Chevrolet, finished 22nd, completed 199 of 200 laps): “It is incredible to think that we finished this race; out there was a little surreal to be honest. It was an amazing experience to be in the 100th Indy 500 race and now I can say that I have finished the Indianapolis 500 and I am the third generation of Brabham to do that. It is special to think that there have only been three families during the 100-year history of this race to do that. The PIRTEK Team Murray Chevrolet was good all day. During some of the stints it developed a vibration. In the middle of the race there, I was able to make up eight places, which was a really great feeling. I’m happy that we got through and that we were able to put on a good show. I can’t thank the guys from PIRTEK, the Chris Kyle Frog Foundation, Speedcafe.com, all the other sponsors and of course ‘Crusher’ (owner Brett Murray) who has developed this phenomenal program that gave me the opportunity to be in this race. Let’s hope we can have an opportunity to do more again.” 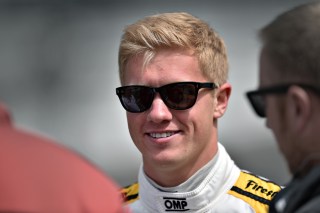 SPENCER PIGOT (No. 16 RLL/Mi-Jack/Manitowoc Honda, finished 25th, completed 195 of 200 laps): “The race was pretty eventful; it was pretty crazy out there. We continued to make the car better. We were struggling on the first stint but got it better throughout the race. We made some changes on the wings and we could definitely pass a bit better and run closer as the stints went on so I was pleased with that. But unfortunately we ran out of fuel on the back straight on a yellow that came out and closed the pits just as we were running out. I got stuck there and had to get pulled in and lost a few laps. Overall it was a great experience and I am glad we were able to finish the race. I think we had the potential to finish somewhere around 15th. I want to give a big thanks to all of the guys for their great stops and hard work for the Indy500 and to Manitowoc, Mi-Jack, Grove and everyone for their support.” 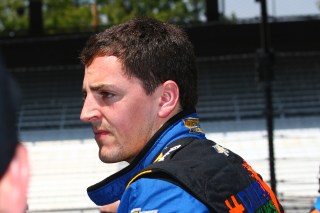 STEFAN WILSON (No. 25 Driven2SaveLives – KVRT Chevrolet, finished 28th, completed 119 laps of 200): “(It’s) disappointing to not be able to bring home the No. 25 Driven2SaveLives car and make it to the finish. Unfortunately, a fuel leak started happening maybe on the 100th lap and caused an electrical fire that disabled the gearbox. So when we went on that final restart during Lap 104, it wouldn’t shift out of third gear. We tried to solve the issue and took the car back to the garage, came back out and the issue persisted so we had to call it a day. … I think we would’ve been in really good shape, we could’ve brought home a top-15 finish today but you know, that’s racing – there’s always mishaps and unfortunately that’s what happened today. Overall, it was a good month, we ran a lot of laps and I’ve learned a lot about running an Indy car here at the Indianapolis Motor Speedway, I think that’s going to help me in future years if I’m able to come back here and race again. I know now what I want to achieve from the car handling and I think if I do come back next year, I’m already so far developed from where I started just under two weeks ago. It seems as though a lot of time has passed but it’s crazy to think it has only been two weeks.”