DETROIT – With only a single 75-minute practice to sort things out prior to qualifying for today’s first of two races in the Chevrolet Dual in Detroit Presented by Quicken Loans, order was seemingly restored in the Verizon IndyCar Series galaxy with Team Penske and Chip Ganassi Racing locking out the top four positions.

Temperatures started at 74 degrees ambient and 79 on track, Fahrenheit, but ended at 77 and 89 respectively as the track heated up.

Spencer Pigot competed 28 laps in his first session in the No. 20 Fuzzy’s Vodka Chevrolet and clocked in 21st.

There were several incidents during the session, with Mikhail Aleshin bringing out a couple red flags in his No. 7 DOOM SMP Racing Honda for Schmidt Peterson Motorsports. There was also a red for debris.

Times from this session are below: 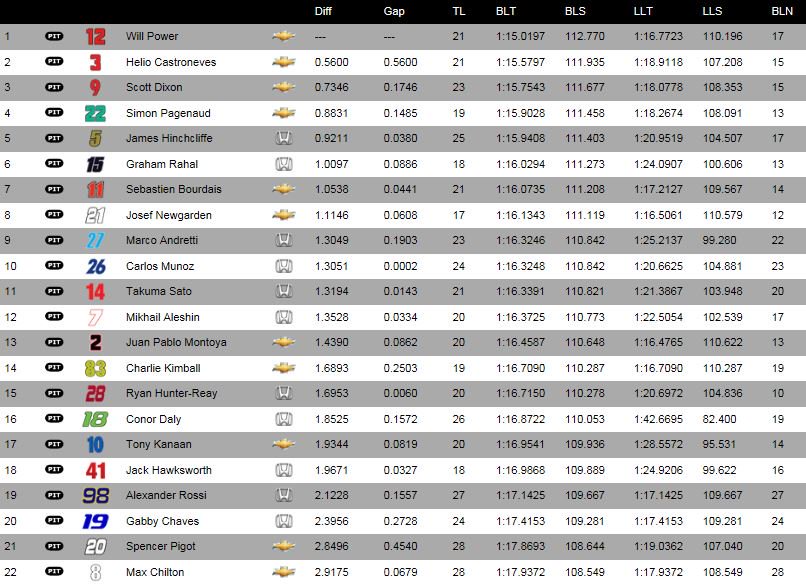