DETROIT – The starting lineup has been released for the first of two Chevrolet Dual in Detroit Presented by Quicken Loans races, Round 7 of the Verizon IndyCar Series season, when Simon Pagenaud will lead the field to the green in the No. 22 Hewlett Packard Enterprise Team Penske Chevrolet.

All 22 cars with the exception of Carlos Munoz, who will start fifth and won this race last year, will start on Firestone’s red alternate tires. Munoz will start his No. 26 Magneti Marelli Honda for Andretti Autosport on the primaries.

It sets up an interesting strategic situation whereby most of the remaining 21 runners will be pitting early to swap off the reds and get onto the blacks, possibly for the duration of the race.

The race could be done in two stops but is more likely a three-stopper. Falloff on the reds has been quick and decisive on the bumpy, concrete, 2.35-mile Belle Isle Park street circuit. Teams are only allotted a total of three sets of Firestone reds for the weekend, even despite the extra race.

The grid for today’s race is below: 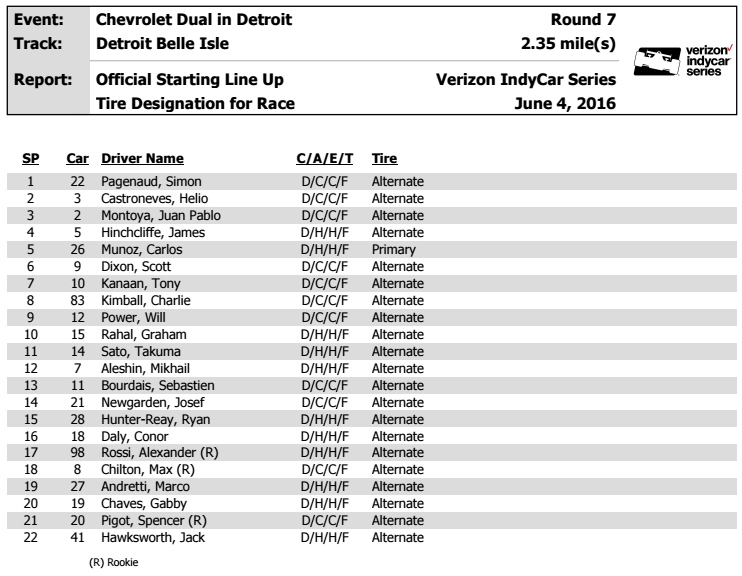