DETROIT – Josef Newgarden led the second and last official practice session – which also doubles as a morning warm-up for today’s race – at the Chevrolet Dual in Detroit Presented by Quicken Loans.

The driver of the No. 21 Preferred Freezer Chevrolet topped the charts at 1:14.6464, ahead of Scott Dixon, Ryan Hunter-Reay, polesitter Simon Pagenaud and Juan Pablo Montoya.

For tomorrow’s qualifying session, the group that went first on Friday will go second on Sunday, and vice versa, per INDYCAR. Sunday’s final round of qualifying, which runs from 10:45 a.m. to 11:15 a.m. ET, has this qualification procedure for that session is as follows:

James Hinchcliffe had a minor incident in this session which will require repairs to his No. 5 Arrow Schmidt Peterson Motorsports Honda to the left rear wheel pod. But the Canadian should be able to roll off fine from fourth. 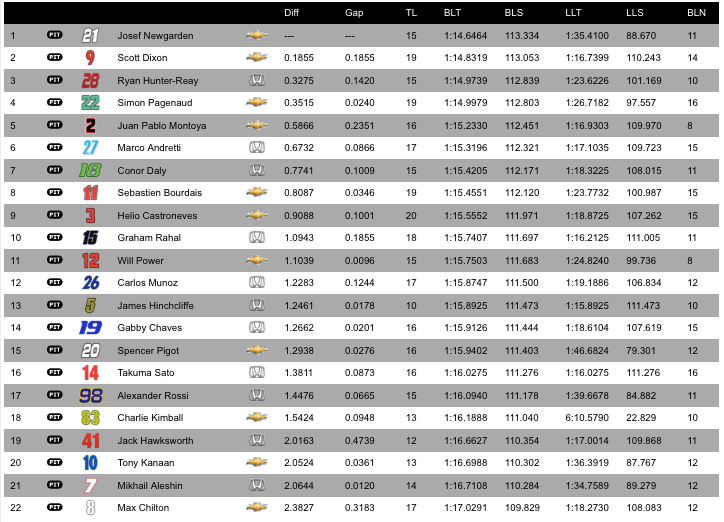