DETROIT – Varying strategies have dominated the opening half of the Chevrolet Dual in Detroit Presented by Quicken Loans first race this weekend, as has Team Penske.

Polesitter Simon Pagenaud leads at the halfway mark in the No. 22 Hewlett Packard Enterprise Team Penske Chevrolet, having paced 27 of the 35 laps thus far in the scheduled 70 lap race.

There was one crazy moment when Power passed Montoya to the inside at Turn 3, Pagenaud then following him through, with Montoya down to third.

The entire field started on Firestone’s red alternate tires, save for Carlos Munoz who started on blacks. Rain has spit intermittently around the track but not enough to force a change to full wets.

Jack Hawksworth failed to start with a mechanical issue while Max Chilton crashed out owing to a broken steering column, so it was a tough day for the pair of Englishmen.

Here was the order at the halfway point, below. The positions changed based on 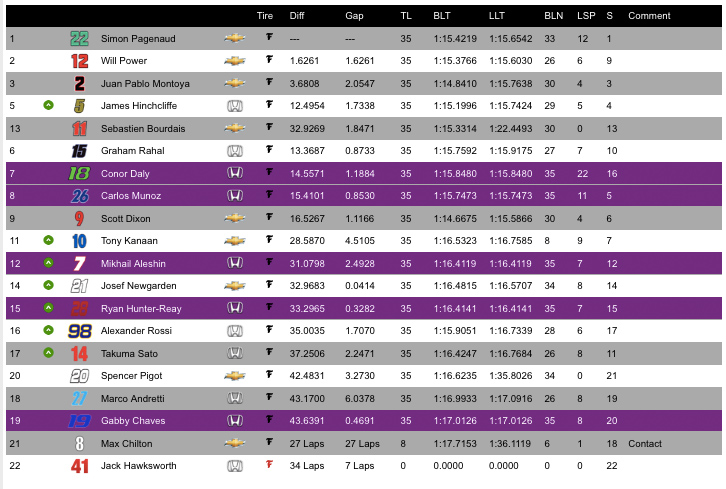