After a couple races where Pirelli’s new ultrasoft tire compound has made its maiden outings, at Monaco and now ahead of this week’s Canadian Grand Prix, the supersoft tire will be the tire of choice for the return of the European Grand Prix but first at Baku, Azerbaijan, June 17-19.

Pirelli has brought the supersoft, soft and medium tires after two races without the mediums and instead the ultrasoft brought.

Team set selections for the European Grand Prix were revealed this week and showcase the supersoft tire, the softest compound Pirelli will take to Baku, as the most popular. All 22 drivers have selected at least six sets of supersofts for the weekend, with as many as eight selected.

The Mercedes teammates have split their strategies slightly with Nico Rosberg going for two medium sets and three soft sets to Lewis Hamilton’s one and four, respectively.

Other teams that have gone a similar route include Williams, Sauber and Haas.

See the full breakdown of set selections below: 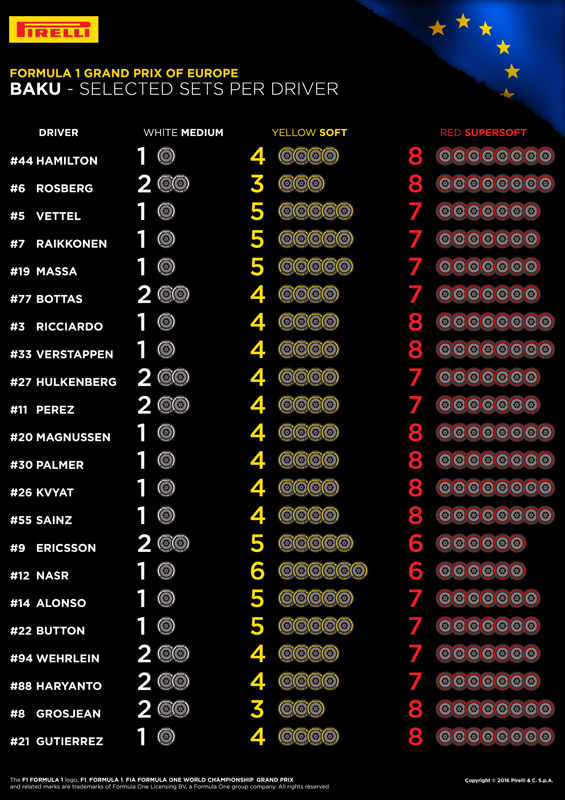