FORT WORTH – At the end of a frenzied 30-minute practice session at Texas Motor Speedway, Graham Rahal led the field with a top speed of 213.935 mph.

Rahal, who starts 13th Saturday in the Firestone 600, led a top five with Josef Newgarden, Ryan Hunter-Reay, Tony Kanaan and Jack Hawkworth. Hawksworth’s speed came after he qualified 20th out of 22 cars earlier in the afternoon.

Rahal bounced back from having a stripped out gear box end his first practice session early. Gabby Chaves, who wrecked early in the morning practice session and did not qualify, was 18th fastest. 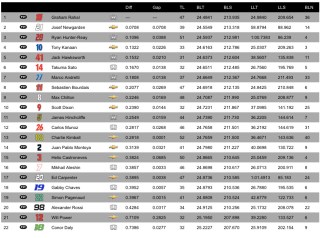