Brad Keselowski made a surprise Verizon IndyCar Series testing debut as part of an 11-car test today at Road America.

Meanwhile IndyCar posted some photos and a separate release after Keselowski completed his initial laps in Simon Pagenaud’s No. 22 Menards Team Penske Chevrolet, which the series points leader will compete in at next week’s KOHLER Grand Prix.

Those photos (all photos: IndyCar) and release are below, as is Keselowski’s tweet after the event:

One of the best days of my life. Thank you everyone. https://t.co/9xiehaIGEv

Awesome day with @keselowski in @IndyCar !let me get my @Perrier suit ready and i d love to swap ride @NASCAR #lite pic.twitter.com/Dx7xULAUQF 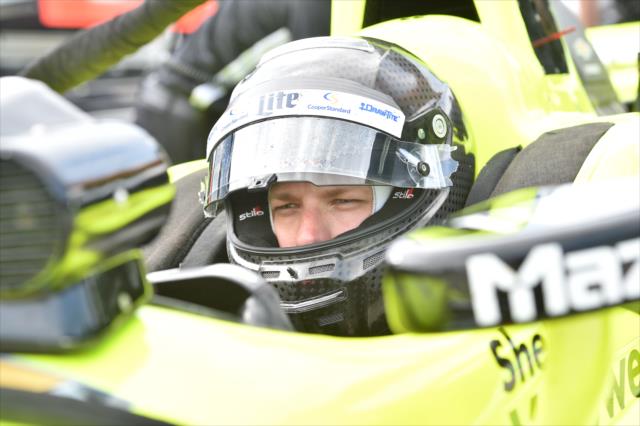 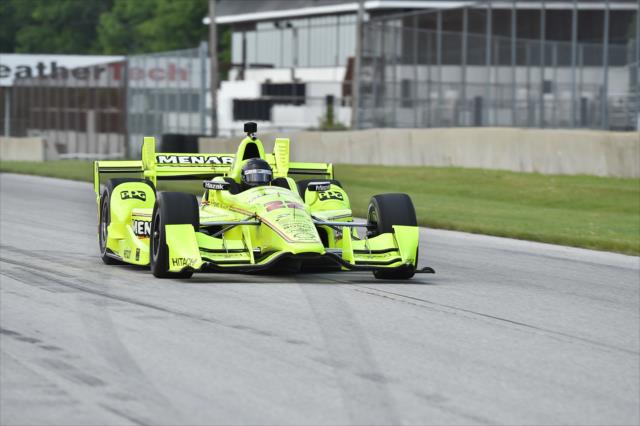 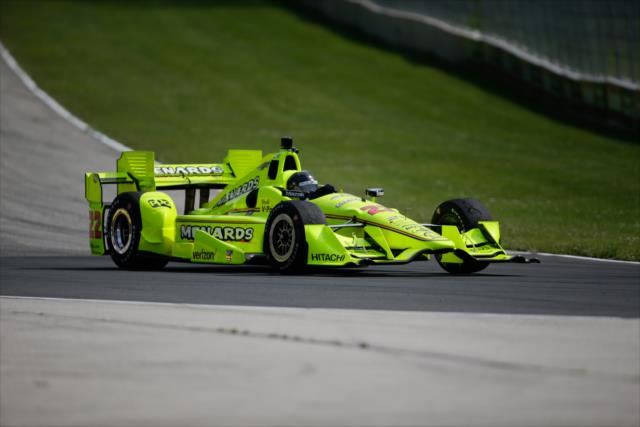 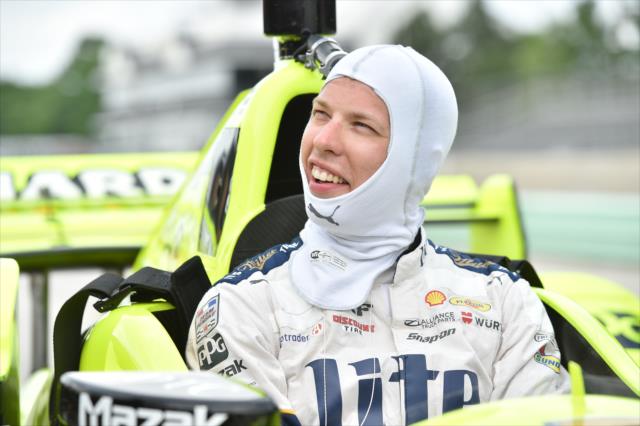 ELKHART LAKE, Wis. (Wednesday, June 15, 2016) — Brad Keselowski, the 2012 NASCAR Cup champion, turned his first laps in an Indy car today as part of a multi-team test at Road America, the 4.048-mile permanent road course that will play host to the KOHLER Grand Prix, the next event on the Verizon IndyCar Series schedule June 24-26.

Keselowski, driver for Team Penske in NASCAR, climbed into the No. 22 Menards Team Penske Chevrolet of teammate Simon Pagenaud late in the afternoon of a full day of testing that included 11 cars. The 32-year-old Keselowski enjoyed the experience.

“I’ve always wanted to drive an Indy car, I think (Penske Racing President) Tim Cindric knew that,” Keselowski said. “The opportunity came up to dip my toes in the water and kind of expand my knowledge base and put it in the back of my mind for wherever it goes, I don’t know. But it was a heck of an opportunity and I’m glad to have a chance.”

Pagenaud ran a few shakedown laps in the car before turning it over to Keselowski.

“First thing I told Simon (after the test) is he has a very secure job, at least from me,” Keselowski said. “I’ve got a lot of respect for him and his team, everyone at Team Penske. This (No.) 22 Menards team, they did a great job today and I had a lot of fun going with them. Simon was fast, really fast and gave me a good rabbit to chase. I learned a ton today and had a lot of fun. I’ve got to let it soak in here to think about all of it. It was a heck of a day here at Road America.”

Keselowski quickly noticed the difference in the handling and braking abilities of an Indy car compared to a stock car.

“It sure was getting in the corners a lot deeper,” he said. “I think the Indy car just pulls so many G’s through the center of the corner and in the brake zone. You have to build confidence in it because the stock car does everything it can to wreck your confidence and in the Indy car it’s important to have confidence. So you have to kind of unlearn everything you learned in a stock car to be good in these cars. That’s a heck of a process but a fun one.

“It’s certainly a different feel, trying to get acclimated to a different seat and you lean back more. I was kind of sitting in Simon’s seat and it doesn’t always fit you perfect, so it wears you out pretty quick. But it’s a good way to get worn out.”