Ask a racing driver to name an accolade they would most like to win, and it is likely that the same answers will come up time and time again. Some dream of winning the Formula 1 World Championship; others the Indianapolis 500 and the Monaco Grand Prix.

But it can be argued that the sweetest victory of all would come at the 24 Hours of Le Mans. No race encapsulates the battle of man and machine quite like the twice-around-the-clock classic.

Ask a racing fan to name a race they would most like to visit, and again, the answers will be common. Monaco and the ‘500 are on the majority of motorsport bucket lists, while newer events such as the Abu Dhabi Grand Prix will pique many an interest.

But again, there is something different about Le Mans. It’s more than just a race. It’s a celebration of motorsport that is difficult to match anywhere else in the world.

And yet that has been the goal of the Automobile Club de l’Ouest (ACO), the organizers of Le Mans who tasked themselves with taking the spirit of Le Mans across the globe. Fans and manufacturers had flocked for Le Mans for decades, yet the lack of a series built around it meant interest was not sustained – after all, it was ‘once a year’.

Attempts were made with the American and European Le Mans Series, but it was not until the formation of the FIA World Endurance Championship (WEC) back in 2012 that a truly cohesive series existed for manufacturers to race in.

“At the beginning, you had just Le Mans,” explains ACO president Pierre Fillon. “Le Mans is one shot, one time a year. For the manufacturers, it’s not enough because they invest a lot of money and they want to show their technologies and innovation around the world.

“So for us it was important to have more than a race per year, but to organize other races with the same spirit.”

Now in its fifth year, the WEC has gone from strength to strength and is currently embarking on its biggest season yet. Besides Le Mans, eight six-hour races also feature on the calendar, with a new event in Mexico City joining the calendar for 2016, while the mix of prototypes and GT cars on-track offers a feast of racing for fans at the track.

“With Le Mans, technology is open, not one technology for everybody,” Fillon says. “We have four categories: LMP1, LMP2, GTE Pro and GTE Am. You have a mix of private teams and manufacturers with professionals and gentlemen drivers, so we want to keep that. We want to take that around the world.”

The WEC boasts a grid filled with some of the biggest car manufacturers in the world. In LMP1, Audi, Toyota and Porsche have invested heavily and run sizable programs, while GTE Pro features factory efforts from Ferrari, Aston Martin and Ford (Porsche also has a customer program). For Le Mans, Corvette and Porsche will also join the ranks. So why are manufacturers so keen to be part of the WEC?

“I think our rules are very attractive for the manufacturers,” Fillon explains. “The different categories is important for drivers. We have spectacular racing, fast racing. That is always something. You don’t know who will win before the race, that’s important.

“All of this, for the rules and maybe the atmosphere in the paddock you see, every driver is fighting in the race but is friends in the paddock. The link between drivers, cars and spectators is very, very important. In Le Mans and endurance, you can touch the car, you can speak with the drivers. All of these details at this time, sports cars is very interesting.”

Heading into the 2016 race, the battle for top honors in LMP1 looks to be one of the most open in recent history. Porsche, Audi and Toyota all hit trouble in the opening two races of the WEC season at Silverstone and Spa, yet all could put forward a case for having taken to the top step. If the six-hour events are anything to go by, then Le Mans is shaping up to be a classic. 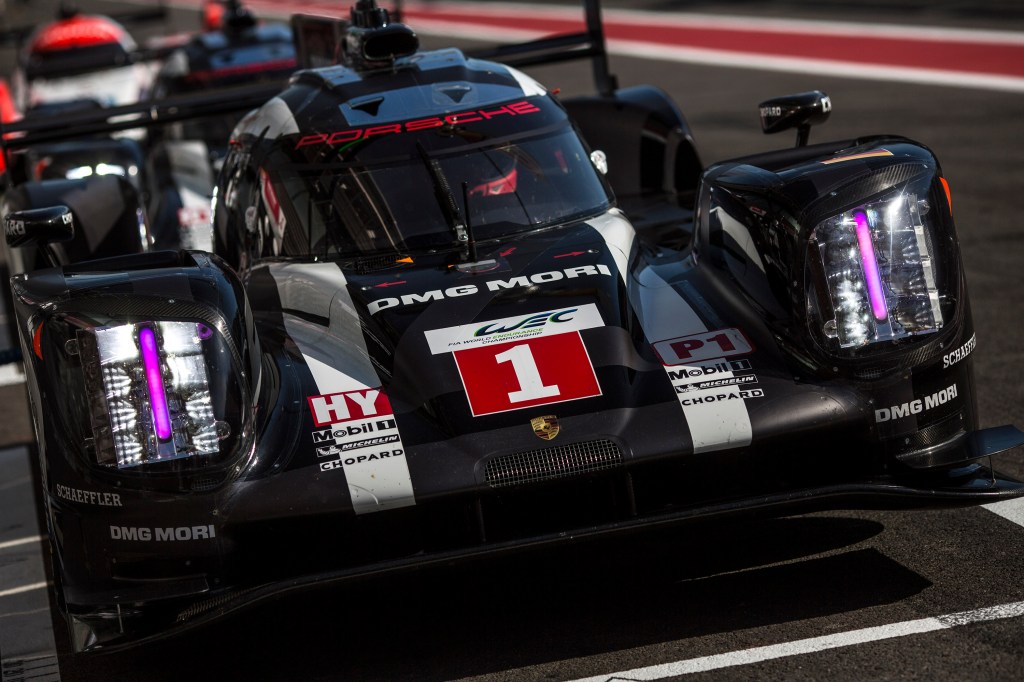 It remains the race that drivers want to win more than anything – even the WEC title itself. Porsche No. 1 car driver Mark Webber clinched the drivers’ crown last year, but after a storied career largely spent in Formula 1, Le Mans is now his target.

“I have the championship already but I would love both. Of course we want to do both,” Webber says.

“As we know, normally when you win Le Mans, you get 50 points so that also helps the championship a lot. It’s a good problem to have. Le Mans is a beautiful race, spectacular, it’s a huge one.

“But in general, that’s something I have missing in the trophy cabinet at home. It would be nice to go next to the Monte Carlo victories.”

Audi’s Marcel Fassler won the WEC title back in 2013 and is also a three-time winner at Le Mans. For him, the unique and historic nature of Le Mans makes winning it more special.

“At the end of the day, Le Mans still counts as more for us as drivers. It’s the biggest race in the world. It’s one of the most famous races in the world,” Fassler says.

“It’s tradition, it’s legend, it’s unique. Le Mans for me is like other athletes winning Olympic gold. On that day, you have to be the best. I think this makes Le Mans so special. If I really have to choose, I prefer to take that.”

This should not, however, be taken as a slight at the WEC. Instead, such a summation fits perfectly within the pyramid of endurance that the ACO has established over the years, Le Mans sitting at the summit.

“At the top, you have the race everybody wants to win: this is Le Mans,” Fillon explains. “Then below you have the World Endurance Championship. The idea is we need to bring the spirit of Le Mans to China, to Japan, to the U.S., Mexico and so on.”

Going to Le Mans as a fan is a very different experience to that of attending any other race. It’s a weekend more akin to a music festival than anything, except with a 24-hour motor race as its centerpiece.

The first time I went to the race, I had little knowledge of sports car racing. Frankly, the idea of a 24-hour race baffled me. When my friend, a Le Mans veteran, said we’d spend the first five hours up at the first corner, I thought “he can’t be serious”. But we did. It rained on and off, so we kept packing and unpacking our jackets.

After that, we headed back to the car, listened to the race on the radio while firing up the barbecue and sharing some beers with our Danish neighbors who taught us about the delights of Europop music. We headed back to the track as the sun began to set, and at 1am, sitting on the main straight, sipping cheap French red wine and listening to the spacecraft-style whoosh of the Audi R18 e-tron quattro, I thought “I get it!” – I haven’t missed a WEC race since.

That is what the spirit of Le Mans is all about. It’s a happy medium of great racing, technological advancement, road relevance and fan focus. It’s also about giving something back to the world.

“The priority is to make motorsport for better mobility,” Fillon explains. “We write rules which lure the manufacturers to show the technology that you can put in your car. It’s different from Formula 1. You can’t put this engine in a road car.

“Our rules must be open so you have to lure different technologies. For sure, you have to make rules that respect the environment. This is the allure.”

For fans, there is so much to like about WEC and Le Mans. One drawback that is impossible for endurance racing to overcome is the fact it is about endurance – races are long, either six or 24 hours. As such, capturing a fan’s attention for long periods can be tough.

However, at races, there is more than just the race itself. Le Mans has a number of attractions, including its famous ferris wheel, while other tracks hosting WEC events are following suit and offering entertainment areas. Tickets are also reasonable, meaning that fans are unlikely to be priced out of watching the races.

Much has also been done to capture a young audience through social media and the use of the WEC and Le Mans apps. “Young people don’t watch TV now. It’s why we launched the app, the WEC app,” Fillon says. “We invested a lot of money into this app, I think it’s very important for us. They don’t spend six hours on Sunday afternoon in front of the TV.” 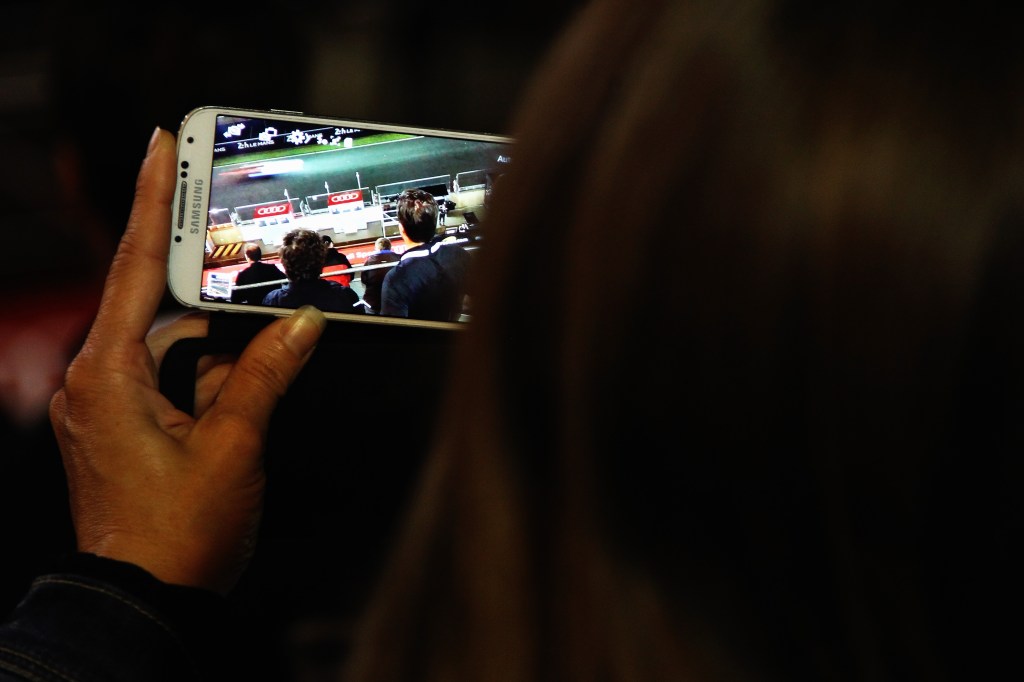 The pushing of boundaries is also done on-track, but not just by the manufacturers. The advent of ‘Garage 56’ by the ACO has allowed a car to enter the race outside of the technical regulations for the purpose of advancing automotive technology.

This year, quadruple amputee Frederic Sausset will be racing in a modified Morgan LMP2 car using a system that is set to be implemented on road cars in the future.

So at a time when autonomous vehicles are being tested and plans for a championship using them are afoot, could Garage 56 perhaps play host to a self-driving car in the future?

“Le Mans is a human adventure,” Fillon says. “So without human drivers, for me it’s not Le Mans. For the 24 Hours of Le Mans, we want to keep the drivers.”

In 24 hours, you witness the highs and lows, see the glory and heartbreak, feel the emotion of those racing. It is a sporting spectacle not to be missed.

Le Mans will always remain the pinnacle of endurance racing, yet thanks to the WEC, a taste of one of motorsport’s most famous races has traveled all over the world.