ELKHART LAKE, Wis. – After private tests at the NCM Motorsports Park (Bowling Green, Ky.) and Barber Motorsports Park (Birmingham, Ala.), the new Tatuus USF-17 rolled out Monday at Road America (Elkhart Lake, Wis.) for its third road course test and first where the public could view it.

There were plenty of interested onlookers, both drivers and teams currently in the Cooper Tires USF2000 Championship Powered by Mazda series and potential new interested parties, to watch as Joel Miller drove the car around the 4.014-mile road course.

Times were never going to be representative because it’s a testing program, but they’re well within range of record-setting times once more than a testing setup gets dropped and the car gets in hands of their teams.

Also, because the tire size is different and there’s other new components on the Tatuus compared to the venerable Van Diemen chassis, such lap time comparisons are not “apples to apples.”

Sales of the new car are going quite well though. Per a series release, to date, orders for 24 USF-17 chassis have been placed among 14 teams – nine of which are new to the series – with the first delivery of 15 cars scheduled in September. Delivery of the second batch of 15 cars is scheduled for December. An initial two-day series test is slated for October 8/9 at the Indianapolis Motor Speedway as part of the annual Chris Griffis Memorial Mazda Road to Indy test with a second series open test to be scheduled in January.

“I heard all about the testing that happened previously and now that I have seen it first hand, I am in love with this car,” said Dan Andersen, Owner and CEO of Andersen Promotions. “It has a lot of mechanical grip so it’s going to race very well – perhaps even better than the current car. Our quick time bested this past weekend’s fastest lap in Race 2, and with more setup work I have no doubt this car will be breaking our USF2000 records. The component usage is fantastic – brake wear is better by far than the current car as is the tire wear.

“The teams all love it. Some teams are thinking about adding to the orders they have already made, and we have more serious potential buyers than we have cars left in the first order of 30. I couldn’t be happier with our next generation car.”

Key members of the new car project staff were on hand, in the form of Andersen, car project manager and USF2000/Pro Mazda race director Scot Elkins, Steve and Logan Knapp of Elite Engines and a number of both Tatuus and other partner members, who worked on the car’s setup.

“We took care of all the new car gremlins at the first test and since then things have been going very well,” said Elkins, who also oversaw the creation and development of the Swift .016 Formula Atlantic chassis (debuted in 2006) and Panoz DP01 Champ Car chassis (2007).

“It was great to have teams and drivers at the test and to have them finally see the car in action. They have all said the same thing – they can’t believe how much of a car they are getting for the price. We have over-braked the car so the car has much bigger brakes than the current car and we have over-cooled the car – two trouble areas with the current car. We did over 1,000 miles on the same set of rotors and we only changed brake pads today. We are making an effort in reducing the operating costs to teams which is what everyone wants.”

Added Mazda factory ace Miller, who drives one of the team’s Mazda Prototypes and is also a USF2000 steward and driver coach, “I am very privileged to have been chosen to do the R&D work on the USF-17. It’s a great car. We made some setup changes early in the day and did a race simulation run and the car was within a tenth of a second on each lap for the entire run. We even did our quick time on the last lap.

“The car reacted very well to the changes and the teams that were here were able to see the lap times decrease which is what we wanted. The car feels much stiffer, much more connected. You can attack the corner and, while it may move around, it is very catchable rather than just sliding off. It makes its speed in the mechanical grip corners.”

The USF-17 will next head to Lucas Oil Raceway at Indianapolis on June 30 for the oval portion of the development program with 2012 USF2000 and 2013 Pro Mazda champion Matthew Brabham behind the wheel. Brabham recently made his Verizon IndyCar Series debut in the Angie’s List Grand Prix and 100th Indianapolis 500. 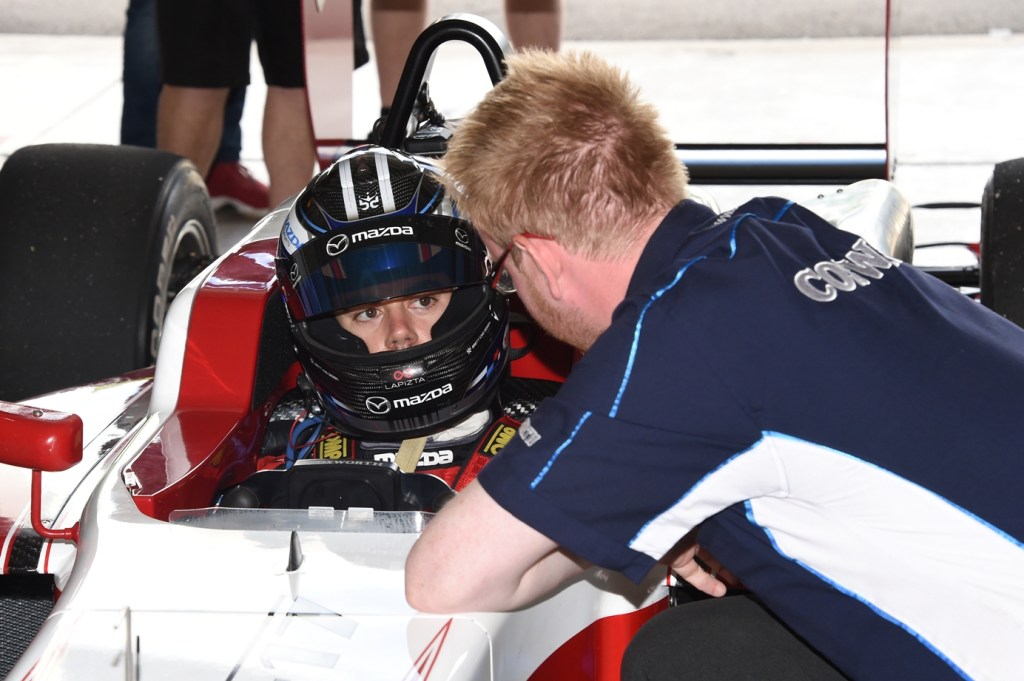 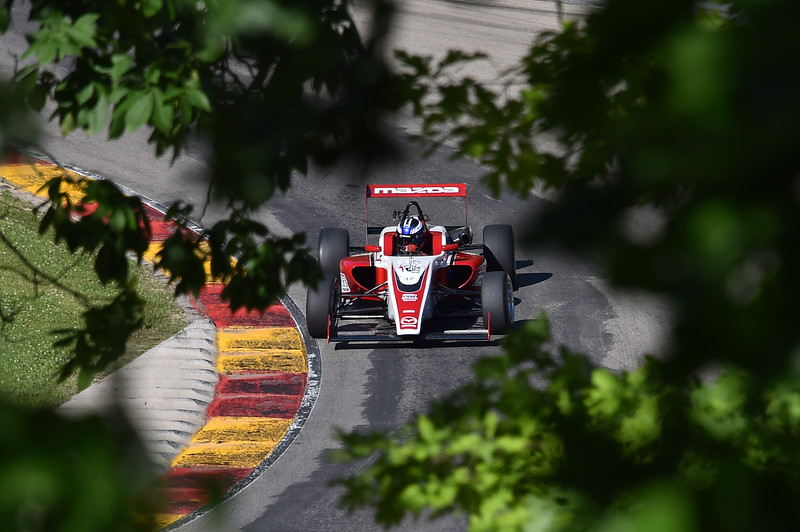 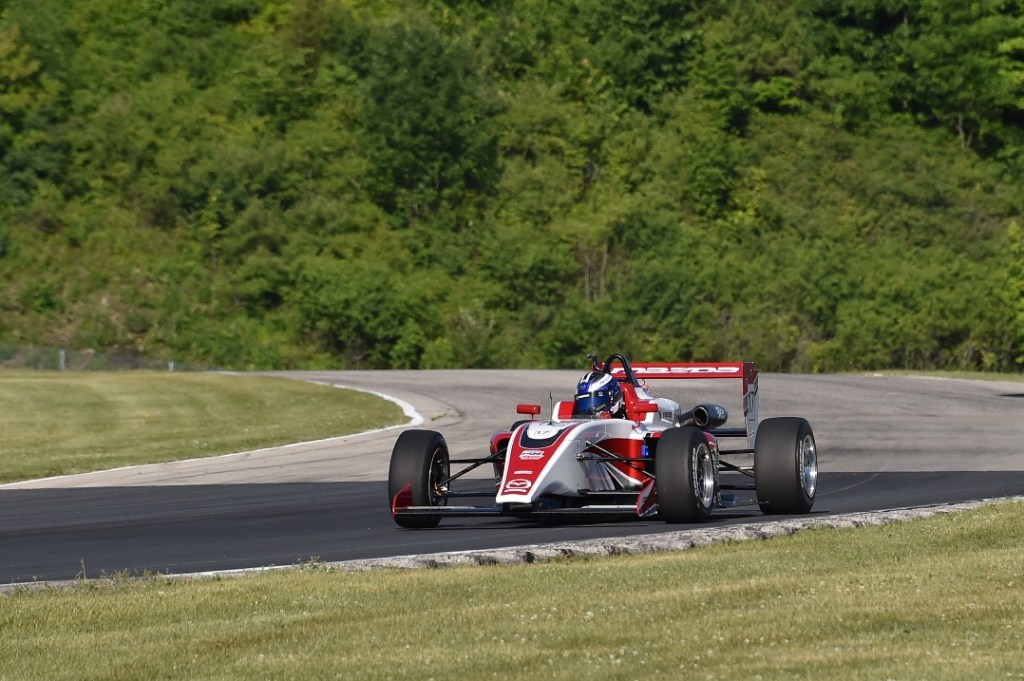