Red Bull Racing got into the spirit of its home grand prix weekend in Austria by handing drivers Daniel Ricciardo and Max Verstappen lederhosen-themed overalls for the race.

F1 returned to Austria in 2014 after an 11-year absence, with Red Bull owner Dietrich Mateschitz funding the redevelopment of the old A1-Ring in Spielberg.

Despite not enjoying the best of form at its home race over the past two years, Red Bull arrives in Austria hopeful of continuing its strong start to the 2016 season.

Paying homage to its home race, the usual camouflage bull design that Ricciardo and Verstappen wear has been revised to look like lederhosen traditional to the region.

Ricciardo also celebrates his 27th birthday on Friday, receiving a cake while posing for pictures ahead of opening practice. 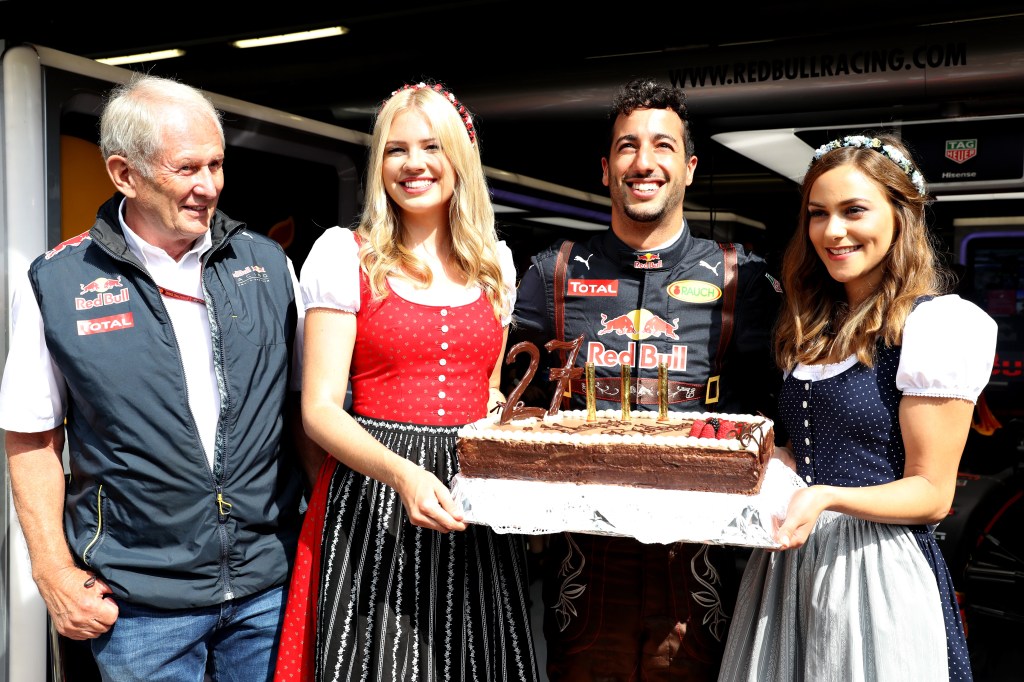