Just as the potential for Ford GT dominance arrives within the IMSA WeatherTech SportsCar Championship – the manufacturer banked a 1-2 finish in last weekend’s Sahlen’s Six Hours of the Glen for its second straight GT Le Mans class win and the car’s third in its last four worldwide starts – so too does the potential for more controversy with those three dreaded letters: B. O. P.

In a rare and unprecedented move, IMSA’s gone for an in-week Balance of Performance (BoP) adjustment on the Fords ahead of this weekend’s Mobil 1 Sportscar Grand Prix from Canadian Tire Motorsport Park, the first two-hour, 40-minute race on the 2016 calendar.

The reasoning they can do this, according to its own rulebook, is the limited time in-between races with a back-to-back occurring on the schedule.

Due to the atypical shortage of days between the Watkins Glen and Canadian Tire Motorsport Park Events, IMSA is exercising Article 2.2.2. (language below) to enable a change to the IWSC CTMP Balance of Performance Tables outside the standard notification timeline listed in Attachment 2, Paragraph 2.4. of the IWSC Sporting Regulations and SSR.

2.2.2. Principal Rule. On occasion, circumstances are presented, either unforeseen or otherwise extraordinary, in which strict application of the RULES may not achieve the Purpose. In such rare circumstances, Officials, as a practical matter, may make a determination that is not contemplated by or is inconsistent with the RULES. Such determinations are reviewable by the Supervisory Officials. All such determinations are Conclusive, except as provided for in the RULES.

The changes? Ford has been issued a 15 kg minimum weight addition and a cut in its boost through most of its rpm range. Additionally, it’s received a cut to its fuel tank capacity by 2 liters.

Corvette and Porsche – two naturally aspirated cars which have been updated for 2016 – have each received a 10 kg minimum weight reduction. Corvette has also got an air restrictor increase (+0.4mm) and a 2 liter fuel tank increase, while Ferrari has got a 1 liter tank increase.

The dominance of the turbocharged cars has taken precedence and this appears to be an adjustment by the powers-that-be to bring the GTLM class into closer alignment.

Remember at CTMP last year, this was the race where Porsche dominated, which then set them forth on their run to glory in the GTLM class for the balance of the season.

Here’s a good story on how BoP in IMSA works, via Michelin Alley.

Results here will be very interesting to note.

Here’s what to note in the other classes:

Same story as always where the LMP2-spec cars should have the out-and-out pace, and there’s only three of them this weekend with Tequila Patron ESM not here. The lone Ligier JS P2 Honda in the hands of Michael Shank Racing should be a bullet while the Mazda Prototype team, which again carries the retro 1991 Le Mans livery on its No. 55 car, also feels bullish about its chances.

Of course, this is a race where Wayne Taylor Racing won last year, and with Action Express Racing riding the wave of a 1-2 finish at Watkins Glen. The No. 90 Visit Florida Racing Corvette DP and DeltaWing teams will also look for a decent result.

Starworks Motorsport is on a roll with the Renger van der Zande/Alex Popow pairing having won two in a row and in search of a three-peat.

CORE autosport needs a result of note after its tough season while PR1/Mathiasen Motorsports, JDC/Miller Motorsports, Performance Tech Motorsports and BAR1 Motorsports could be in with a shout as well.

The wild card class this weekend because GTD is back after missing this race last year. Riley Motorsports won two years ago with the venerable Dodge Viper GT3-R in the hands of Jeroen Bleekemolen and Ben Keating.

Top cars in the class this year have been the No. 63 Scuderia Corsa Ferrari 488 GT3 of Alessandro Balzan and the continuously improving Christina Nielsen, and the No. 23 The Heart of Racing Porsche 911 GT3 R of Mario Farnbacher and Alex Riberas. The No. 63 and No. 23 crews are separated by 13 points, with the No. 44 Magnus Racing Audi R8 LMS pair of Andy Lally and John Potter third (162-149-141).

While Lally and Potter won at Daytona, the pair of Stevenson Motorsports Audis are due for their first win, as is the Black Swan Racing Porsche 911 GT3 R. 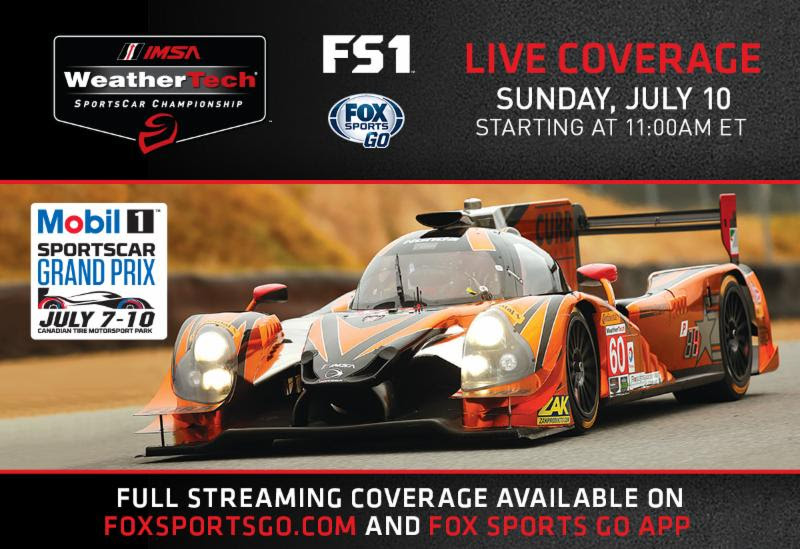